TORONTO, ON (Thursday, January 14, 2021) – Engine Media’s (TSX-V: GAME; OTCQB: MLLLF) gaming live streaming data analytics and analysis experts Stream Hatchet have highlighted the ever-expanding popularity of esports streaming in 2020 – maintaining growth despite the return of traditional sports in the second half of the year.

Stream Hatchet has released its 2020 industry trend report, highlighting the esports market’s continued growth, which rode an initial wave in early 2020 due to the COVID-19 pandemic.

The report also highlighted how politics became a key subject on the gaming streaming platforms in 2020:

“Traditional TV networks continued to expand their streaming efforts on gaming platforms in 2020. These news channels with older audiences are seeking to reach interested younger viewers who have turned away from traditional networks,” said Tom Rogers, Executive Chairman, Engine Media. 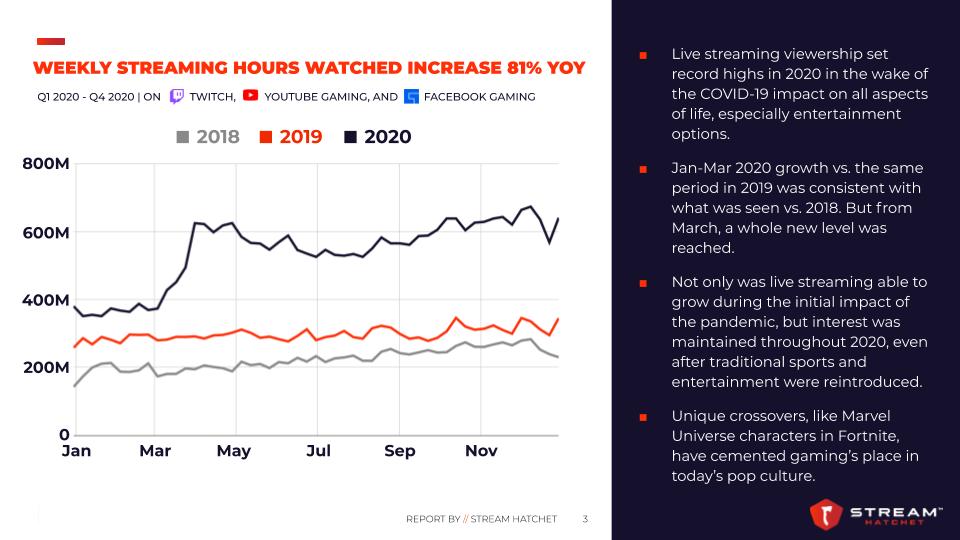 According to Stream Hatchet’s data, the pandemic’s onset in Q1 2020 caused esports streaming numbers to rise dramatically in Q2. As the year ticked on and live entertainment sports options returned, the trend continued despite the increase in online and on TV entertainment options. Stream Hatchet data showed that activity levels remained high and by year-end had increased 69% over 2019 and 81% over 2018.

Other highlights of the Stream Hatchet 2020 report include: 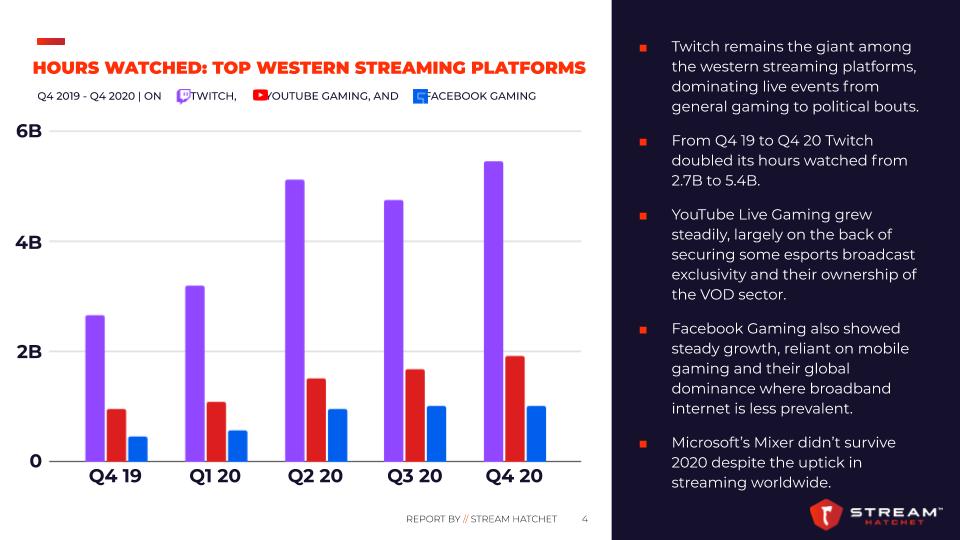 “Stream Hatchet’s data has confirmed that video games and esports have taken a huge step in popular culture. When much of the live entertainment world went dark, streaming platforms were able to captivate audiences through remote esports tournaments and exciting live streams,” says Eduard Montserrat, CEO of Stream Hatchet.

“During one of the most closely monitored election cycles in US history, younger generations turned to these platforms, and their respective influencers, to learn about the political discourse informing their decisions at the poll booths. We’re fascinated with the data points and larger media trends that are contained within this report, and are confident that 2021 will yield even more compelling insights.”