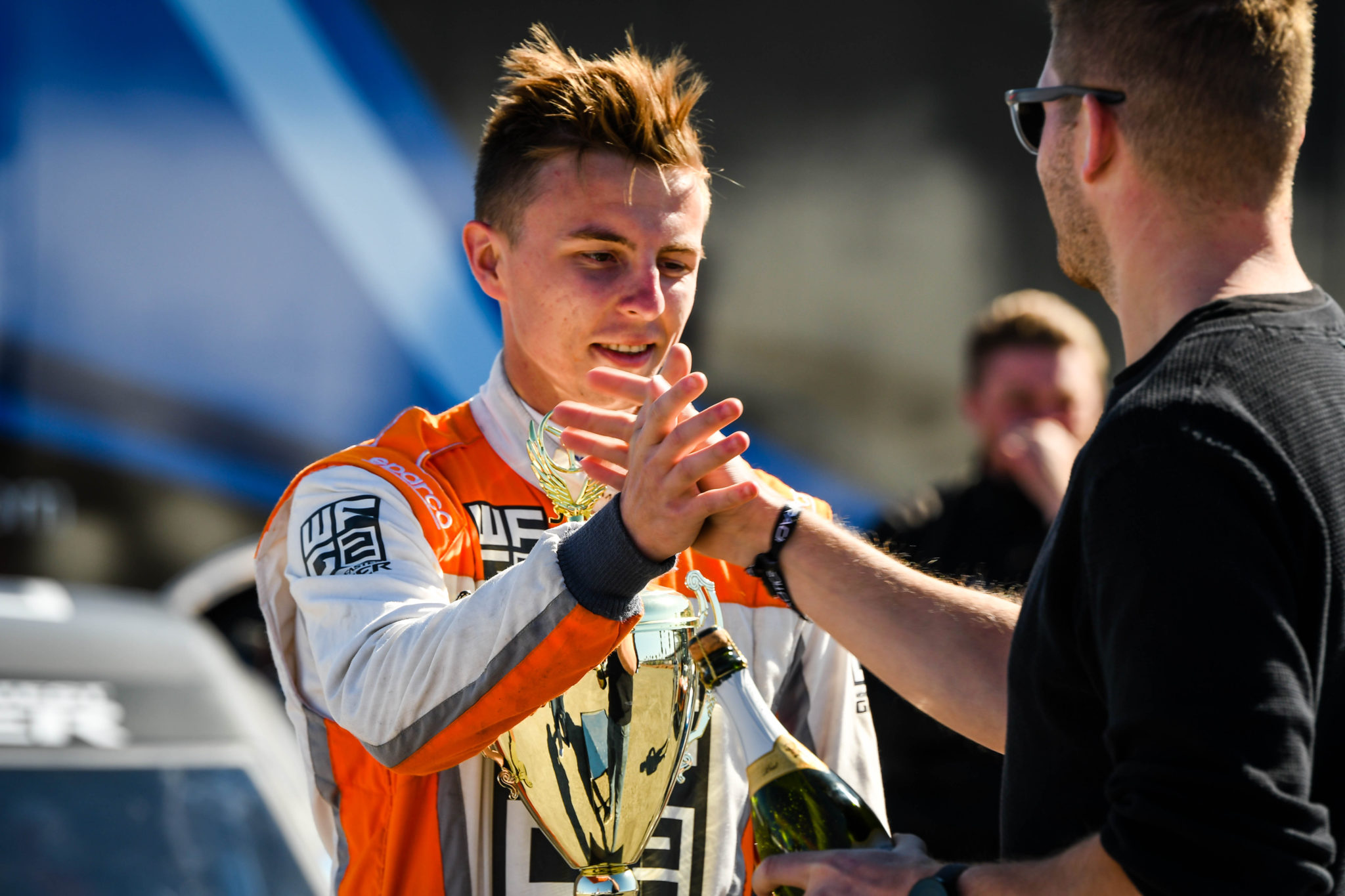 The British and Dutch racers won the first two editions of Engine Media’s World’s Fastest Gamer competition – the program which searches the best of the best from the gaming world to find the next real-world racing star.

Series one earned van Buren the “best job in gaming” as a Formula 1 simulator driver while series two winner Baldwin scored his real-world race drive worth more than US$1 million for the GT team co-owned by ex-Formula 1 World Champion Jenson Button.

For Baldwin, this weekend marks a return to a familiar circuit on the British GT calendar, Donington Park, the place where he scored his first pole position in the series. Baldwin, his teammate Michael O’Brien, and the rest of Jenson Team Rocket RJN will be looking to get back on the top step of the podium for the first time since Round one at Oulton Park.

The duo currently sit third in the GT3 Silver Cup drivers standings after a string of good results during the 2020 season, including a second-place finish last time out at Brands Hatch in their McLaren 720S GT3. ​Baldwin’s World’s Fastest Gamer Series Two Team Orange coach Rudy van Buren will also be on track this weekend for the first round of the 2020 Porsche Carrera Cup Deutschland at the iconic Circuit de la Sarthe during the 24 Hours of Le Mans weekend.

Van Buren has made three prior starts in the series, scoring a top 10 finish on his debut at Zandvoort last year. In the interim, he has been racing in Porsche Sports Cup, notching up victories on several of the tracks that Carrera Cup will travel to this season.

“It’s really exciting to see both of our World’s Fastest Gamer winners racing in such incredible circumstances on the same weekend,” IDEAS+CARS COO Jane Chapman said.

“James is racing on a track where he’s scored a pole in this series, sitting third in the championship in his first year, and racing for a team co-owned by 2009 F1 World Champion Jenson Button.

“And Rudy is racing at Le Mans during the biggest sports car weekend of the year—The 24 Hours of Le Mans—in front of the who’s-who of sports car racing.

“These two are absolutely living the gamer to racer dream.” 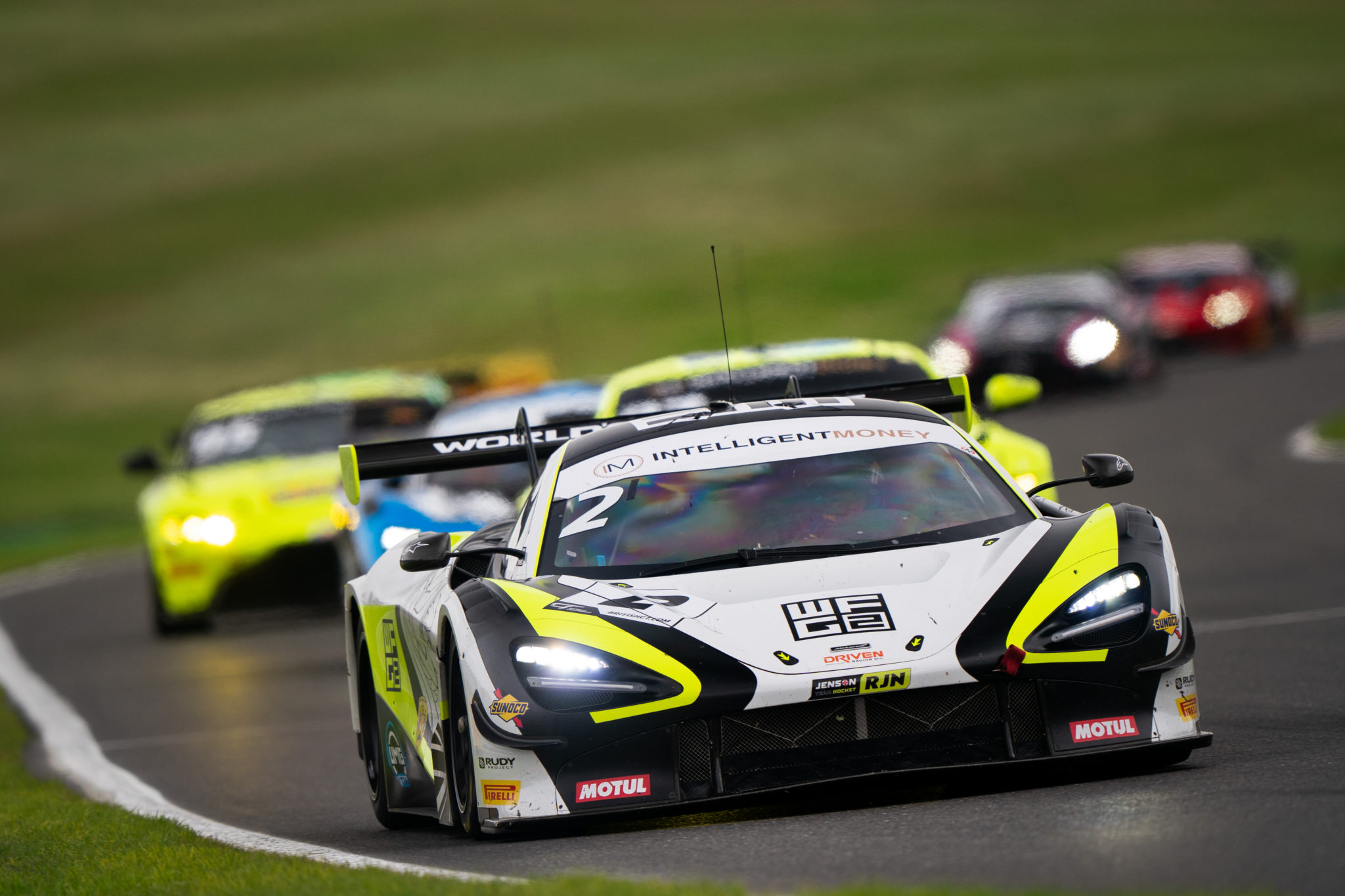 Q: Going back to a familiar track, one that you’ve already raced at this year, how are you feeling about this race weekend?

A: “Very good! It’s nice to go into a weekend where we’ve raced it already. That hasn’t really happened so far this year, so that’s definitely only a positive. I’ve seen the weather forecast and it says it’s going to be dry and that excites me a lot. We got pole position at Donington when it was dry (before it rained on Sunday), so we know we’re strong around there in the dry.
“We had a really good Brands Hatch, faultless in many ways, and we just got done by bad luck. So if we perform at Donington like we did at Brands Hatch, we should walk away with a good result.”

Q: Especially on a weekend without a test day before official practice kicks off, how beneficial is it to have your own race data from earlier this season?

A: “It will be really really beneficial. That’s what most teams had before the last Donington round because so many of them tested at Donington and we didn’t. So, especially in the practice sessions, they were ahead of us.
“I don’t want to count the chickens before they hatch, but I think we will be in a good place and stronger than we were at the first Donington round.
“Yes, we’ve been out of the car for three weeks, but we know where we left it and we developed the car a lot at Brands Hatch and made it better.”

Q: What have you been doing over the last three weeks to keep yourself sharp in the meantime?

A: “Gym and fitness for sure, as well as working with the team on data and pit stop practice. And then a lot, like a ridiculous amount, of sim work. I’ve been competing on Assetto Corsa a lot as well as getting ready for F1 Esports this week as well.
“So, it’s been pretty flat out on the simulator, but I think that’s a good thing because it’s kept my mind and mental capacity sharp when I’m not in the car.
“The esports stuff has been going really well and so hopefully that positive momentum I have mentally will carry into the weekend for us. We touched on that a lot in the World’s Fastest Gamer competition that performing your best is as much a mental game as it is physical. “Physically I’m there, but the rest of it is mental and coming off some good results in the esports events puts me in a good mental place. I just need to remember it’s a real car, not a virtual one and I should be alright!”

Q: You’re racing on the same weekend as your Team Orange coach Rudy van Buren, how does it feel to lay the foundation for future gamers-turned-racers?

A: “It’s great to be racing on the same weekend as Rudy. We’ve been speaking a little bit, but we’ve both been so busy with our own racing activities since it started up again.
“I’ve been keeping tabs on his Porsche Sports Cup races and he’s done really well, so I know he’s raring to go in Carrera Cup.
“Even though I haven’t raced with Rudy, from what he’s accomplished both on the sim and in real-world races, you can tell he’s a really good driver, so I think he’ll do well this weekend and show how strong gamers can be.
“I think our success is really helpful for the future. Our transition from gamer to racer is going to happen more and more, through World’s Fastest Gamer of course, but I think there will be more brands looking to get gamers into the real car as they see Rudy and I do well.
“There’s going to be plenty more stories like myself and Rudy’s in the future, and I think the better we do now, the more of it there will be. We have quite a responsibility in that sense, but it’s a really good feeling to hopefully pave the way for others.” Q: This weekend is a big weekend for Porsche Carrera Cup, how does it feel to race at Le Mans and against the competition that you are?

A: “I think the Le Mans weekend is a special one. There will be multiple Porsche Carrera championships running at once, all going for the overall crown. There’s barely any time between practice and quali, so there’s no room for error.
“If anything bites you, mechanically or driver error, it hurts you all the way through the weekend.
“But, that can be a benefit as well. It’s definitely a special one, and if I just look at the entry list I can name at least 15 names that could be in the top five. But, that’s the challenge we want, for myself, it’s a good mirror to see where I stand.”

Q: You’re racing on the biggest international stage at Le Mans, does that change how you approach things?

A: “It’s not quite as huge without the fans there this year, but racing in front of everyone competing at Le Mans is huge. It’s great to drive that track. It’s one of the mythical ones out there, it’s one of these races and one of the main tracks you want to race. It’s definitely ticking that box for me, and that’s really cool.
“It’s very cool that all of these amazing teams and drivers will be watching our race, but my goal is not to do well for them. My goal is to do well for me and for our team.
“If it happens that I capture the spotlight for the big teams that will be watching, then that happens and it would be great, but I have to go out there with the goal to do well for us and for our team first and foremost.
“But, Friday practice we will line up in the pit lane and see all the big names on the garages, and of course I want to be there one day and it will be a goosebump moment, but as soon as the light goes green and the visor goes down, it’s eyes on the prize and we’ll see what comes out of it.”

Q: You were his coach in WFG2, how impressed have you been with James’ efforts in British GT this year?

A: “The guy is quick 100%. I have been keeping track of his results and when he said he was disappointed with a P2 I told him I wouldn’t expect anything less from him coming from Team Orange because obviously we expect to win! He’s doing a great job in the championship.
“Racing the same week, we keep in touch and obviously with social media we see each other’s results and what has happened over the weekend.
“His trajectory is different than mine, which I think is great because he’s going GT3 and I’m going Porsche Carrera and Supercup and so we can prove that gamers can do well in both series.
“I’m excited to see what he does and I hope he does well because both of us doing well is great for any future gamers that want to make the jump to the real world.”