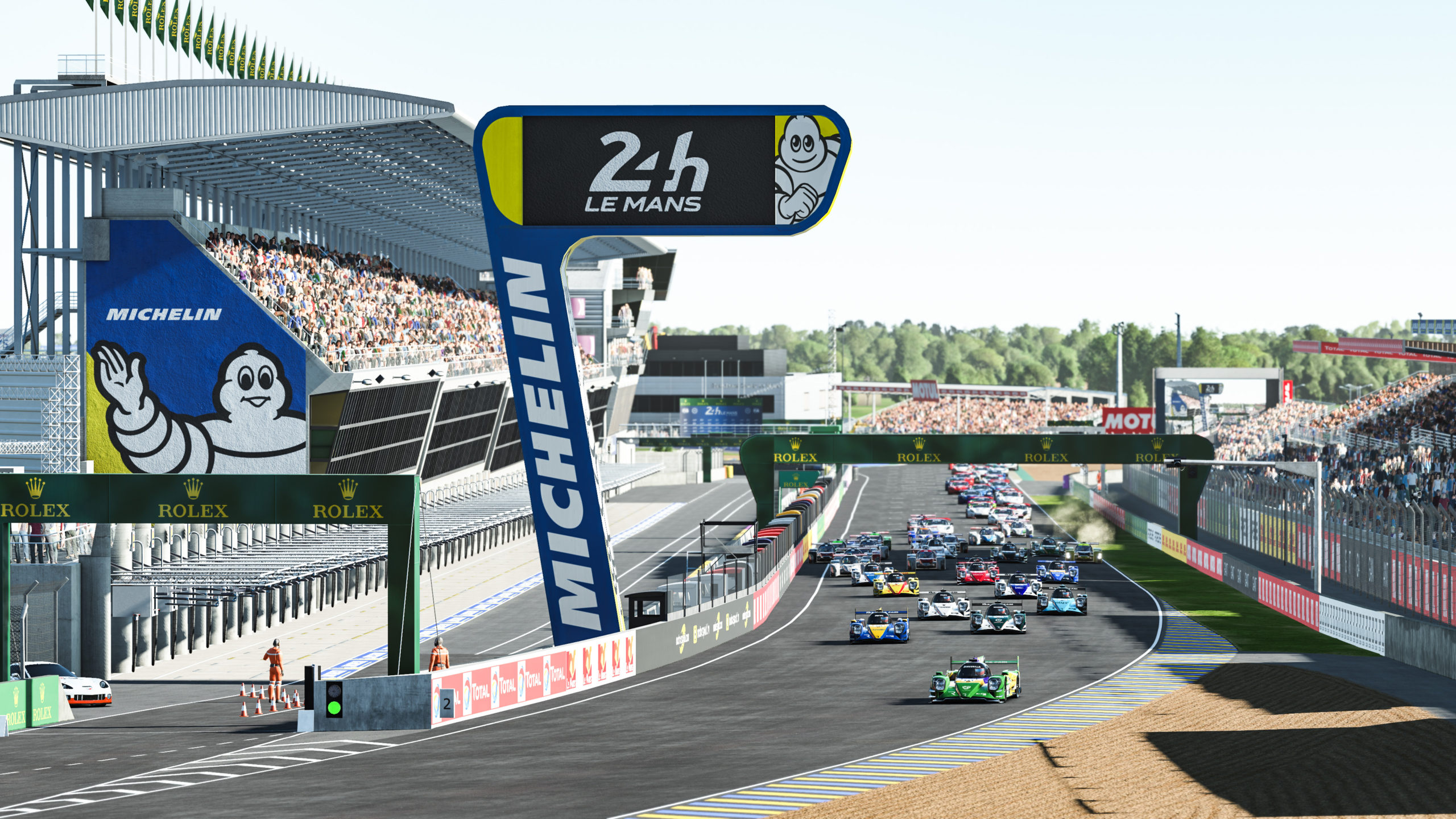 Barrichello stormed away from pole position in the final race to take a lights-to-flag win over a 60-car field while Montoya’s fourth-place finish was enough for him to earn the Legends Trophy championship.

Double points were on the line for the 45-minute finale, which decided the champion for the best performing driver at the three most prestigious race venues on the planet – Monaco, Indianapolis and Le Mans.

Barrichello was fastest in qualifying aboard the Legends Trophy Oreca LMP2 cars but could only manage fourth place in the opening race, which was dominated by Fernando Alonso. The Spanish two-time Formula One World Champion was forced to start from the rear in the opening race after an error in qualifying. Despite the setback, he still charged through the 14-car field to win from IndyCar driver Oriol Servia and 2009 Le Mans winner David Brabham.

In the combined 45-minute final race featuring the Legends Trophy, Pro Cup and Sim Masters drivers, Barrichello leaped into the lead from pole as Alonso’s championship assault was ruined after contact on the race start.

Helio Castroneves and Michel Jourdain Jr. made contact on the main straight with Castroneves being turned into Alonso’s path – forcing him into the wall and out of the race.

Montoya was also delayed in the turn one incident, and he spent the rest of the race trying to maintain position over championship-rival Brabham. While Barrichello took a dominant win over Karun Chandhok and Servia, Montoya’s fourth-place finish, and Brabham’s seventh place, gave him the title by only four points (248-244)!

“I learned how to do the start properly with the sprint race, so I was able to get a perfect getaway on the second one,” Barrichello said.

“The car was good, and I felt great in the sim! I drove my stock car on track two days ago, so I was up to it. Fernando (Alonso), Andy (Priaulx), even Juan Pablo (Montoya), had good times in qualifying but when I posted my 3m24.9s lap in qualifying I could see I had a little bit of margin.

“I won in my very first Legends Trophy weekend with the Brabham F1 car, and this is now the second win with the endurance race at Le Mans. It’s great! I’m feeling good!”

The Pro Cup battle aboard Norma LMP3 cars was dominated by Nissan Formula E racer Oliver Rowland. The Englishman qualified second and then stormed to victory in the Pro Cup Sprint Race, repeating his performance from the opening Triple Crown weekend in Monaco.

In the 45-minute combined final race, he again took the win from championship rival, Williams Esports racer Agustin Canapino, to secure the Pro Cup title by a single point.

“I was stressed at the beginning of the combined race. The LMP3 cars could actually get off the line much quicker than the Legends Trophy LMP2 cars, so there was a bit of chaos in turn one,” Rowland said.

“Late in the race, I had a 3.5-second gap, and Canapino was coming pretty quickly, and we were getting lapped by the LMP2 cars, so then I lost a bit of time, and I started to get a bit stressed towards the end! I didn’t know it was the last lap, so I was hoping there wasn’t another one to be honest.”

Yuri Kasdorp was able to extend his championship lead in the Sim Masters championship battle with Nikodem Wisniewski taking the sprint race win and Mike Epps scoring the endurance race victory – all aboard the Calloway Chevrolet Corvette GT3 cars in the rFactor 2 game.

“It was absolute carnage, but it was a really good race. I was laughing, sweating, everything. It was a full-on proper sim race that one.”

Sixteen weeks after the launch of The Race All-Star Series powered by ROKiT Phones, the world-class esports racing competition will begin its “off-season” in July before commencing season four.

“When we came up with the idea of putting on an esports racing championship on the eve of the canceled Australian Formula 1 Grand Prix, we never dreamed this concept could have been so successful,” event founder and Torque Esports President and CEO, Darren Cox said.

“Each week we’ve had up to 100 racers around the world all converging together via the internet to compete in the same virtual race meeting. We’ve never had a game crash, a major issue – that is testimony to our incredible team and partners.

“We’ve attracted worldwide television partners with the likes of ESPN and Eurosport – our show goes out to more than 70 networks around the world. We also secured a world-class sponsor in ROKiT, who have shown great vision in getting behind this project.

“And the level of drivers – just incredible. To have names like Alonso, Vettel, Verstappen, Barrichello, Montoya, Fittipaldi, Button, Castroneves, Solberg, and so many more race with us is just incredible. We’ve also had esports teams from the Mercedes and Williams F1 teams and major manufacturers like Aston Martin, BMW, Bentley, and Hyundai race in our championship.

“We have some massive plans ahead. While traditional motorsport is starting to reemerge from its COVID-19 hiatus, we’re looking at what we’ve done so far as not just a stop-gap but the building of an amazing foundation for esports racing.

“Our team is only just getting started.” 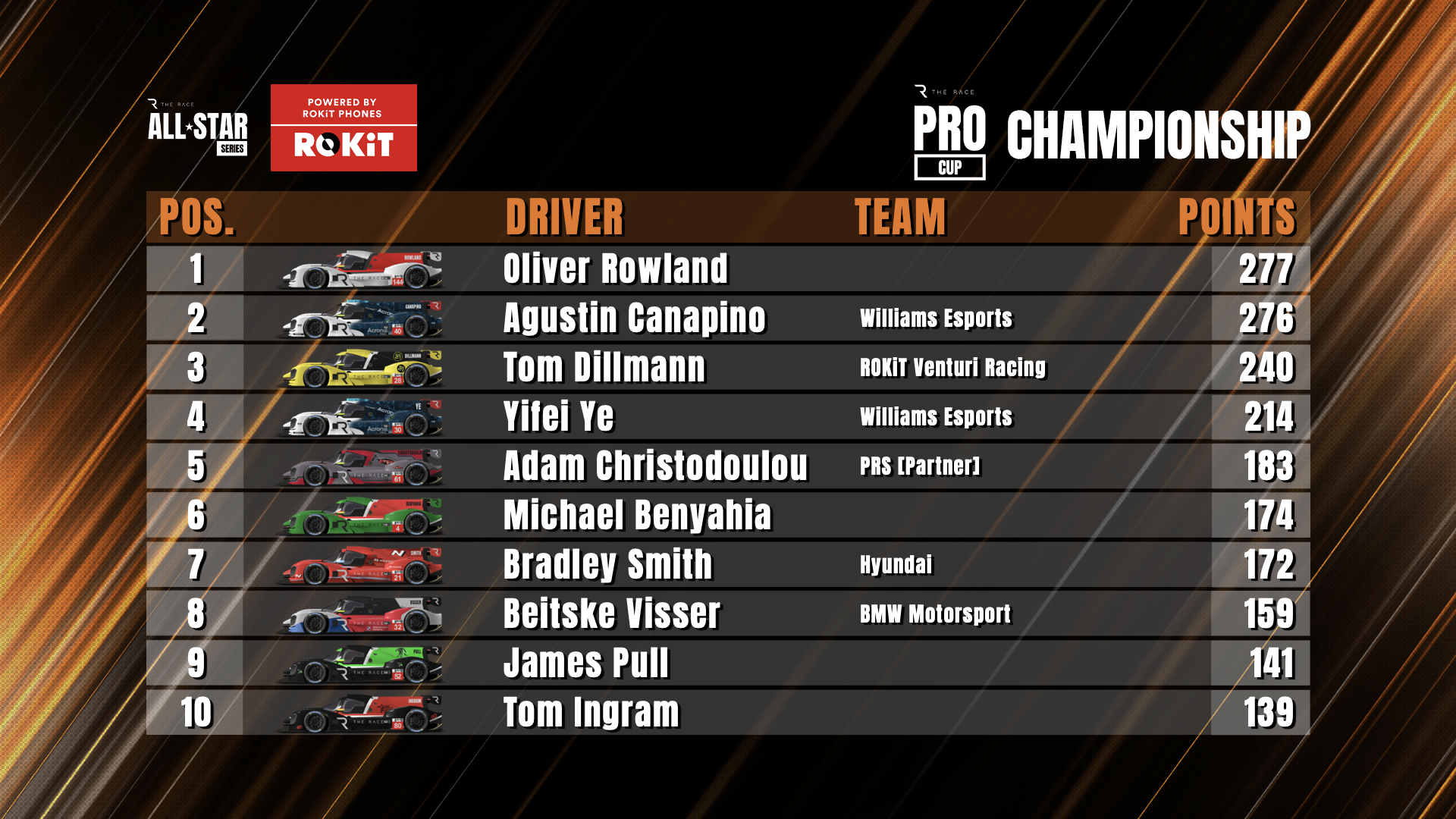 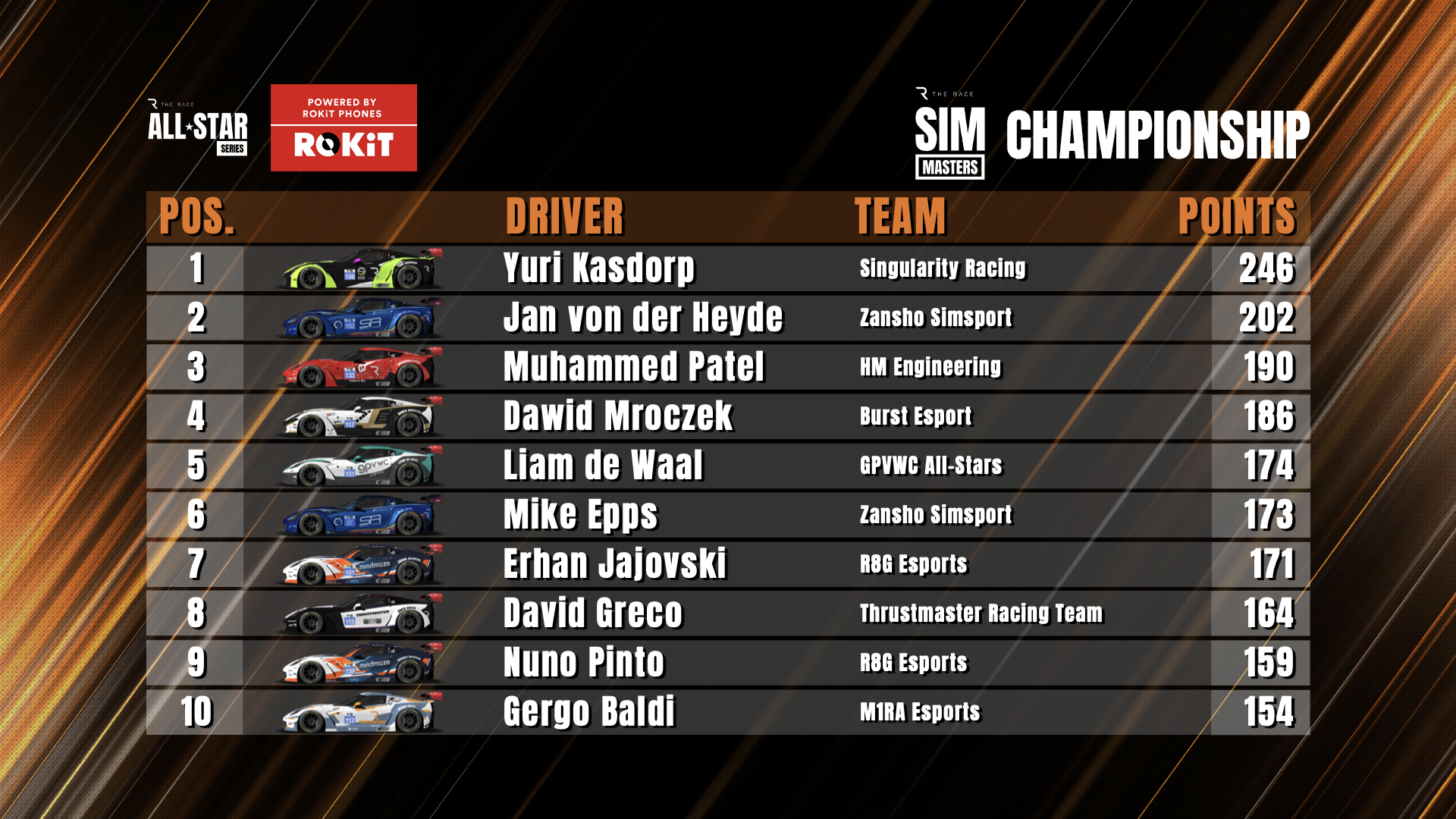