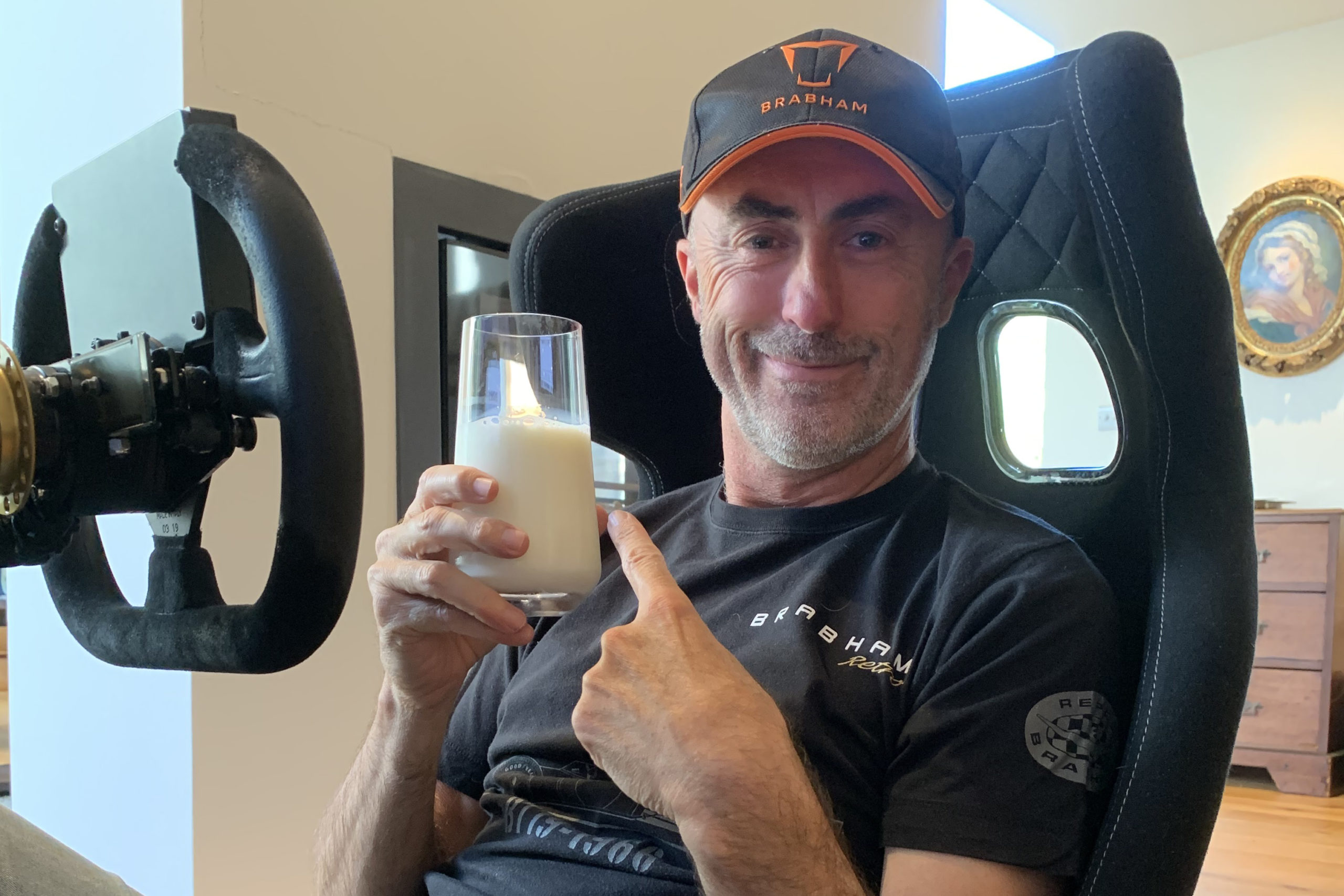 The Torque Esports-created series returned to Indy after staging the opening Triple Crown race two weeks ago in Monaco.

Brabham earned his first All-Star win on the virtual venue today where his father Sir Jack Brabham started the Indy 500 “rear engine revolution” in 1961. The three-time Formula 1 champion brought a rear-engined car to the speedway for the first time that year, beginning a transformation that resulted in the entire field being filled with rear-engined cars within eight years.

“Finally, I got to win one of these Legends races and on the oval at Indianapolis! I’m thrilled with that,” Brabham said.

“It was fantastic racing on the oval, it’s amazing, everyone is enjoying it. It’s pretty intense in the race, just in trying to keep the car on the track. It’s so close racing with the tactics. It’s just little things here and there and you can lose a few hundredths and then you’re way back on the grid.

“It’s very competitive. There are great drivers in there and I’m just pleased to finally get a decent result.”

Winners are grinners. His dad, his brother and even his nephew have raced at Indy – now @brabsracer has a virtual Indy win.

In May, it was Alonso who took the win with the pursuing Button getting loose on the final lap. This time the roles were reversed with Button holding the lead and the chasing Alonso suffering a spin in the last mile as he tried to chase down his rival.

“It was awesome to get a win, really cool. It’s always so much fun driving with these guys,” Button said.

“I wanted to be in front on the final lap and I knew that if I blocked it would be very difficult to be overtaken and he would lose a lot of downforce as you saw. This time it wasn’t me that spun out, it was Fernando! A lot of fun, very happy.”

Ex-World Rally Champion Petter Solberg was second across the line with ex-Formula 1 racer and three-time IndyCar race winner Max Papis completing his best finish to date in the All-Star series with third place – just ahead of Alonso.

Two-wheel and four-wheel action sports star Travis Pastrana joined the Legends Trophy for the first time at Indy. The four-time Rally America champion for Subaru enjoyed his first foray into the The Race All-Star Series powered by ROKiT Phones.

“For esports, I’ve done a little bit of rallycross but this is a first for me. I just got this new Allinsports sim and Juan Pablo Montoya helped me through the first steps here,” Pastrana said.

“Today was the first time I’ve driven an Indy car in sim or real life! I was just like a kid in a candy shop looking at the entry list. When Juan said ‘hey, do you want to get in the race?’ I was like, ‘you don’t have to ask me twice!’”

With the final round of the Triple Crown coming next week at Le Mans, Alonso holds the Legends Trophy points lead on 156 ahead of Montoya (153) and Brabham on (142).

He has pulled off some legendary stunts in the past, now @TravisPastrana is in the #LegendsTrophy in the @wearetherace All-Star Series powered by @ROKiTPhonesUK.

The Pro Cup (modern present-day racers) and Sim Masters (pro sim racers) categories raced on the 2.5-mile Indianapolis oval for the first time in today’s second round of the Triple Crown.

The Sim Masters contests were won by Jernej Simoncic and Yuri Kasdorp with Liam de Waal now holding the series points lead on 130 from Mohammad Patel on 128.

The final round of the Torque Esports-run The Race All-Star Series powered by ROKiT Phones Triple Crown is scheduled for Saturday, June 27, when the Legends Trophy, Pro Cup and Sim Masters race on the legendary 24 Hours of Le Mans circuit. 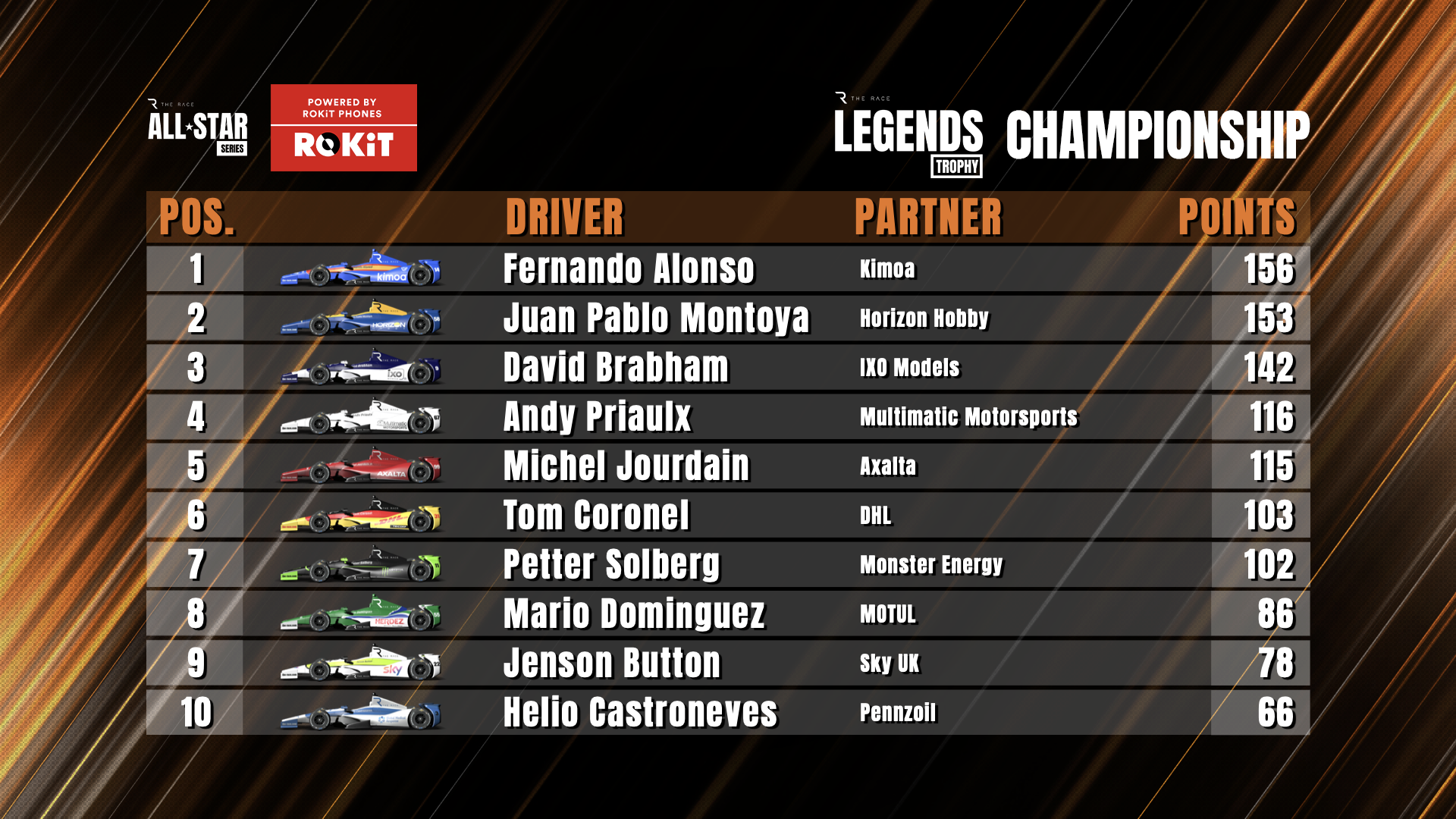 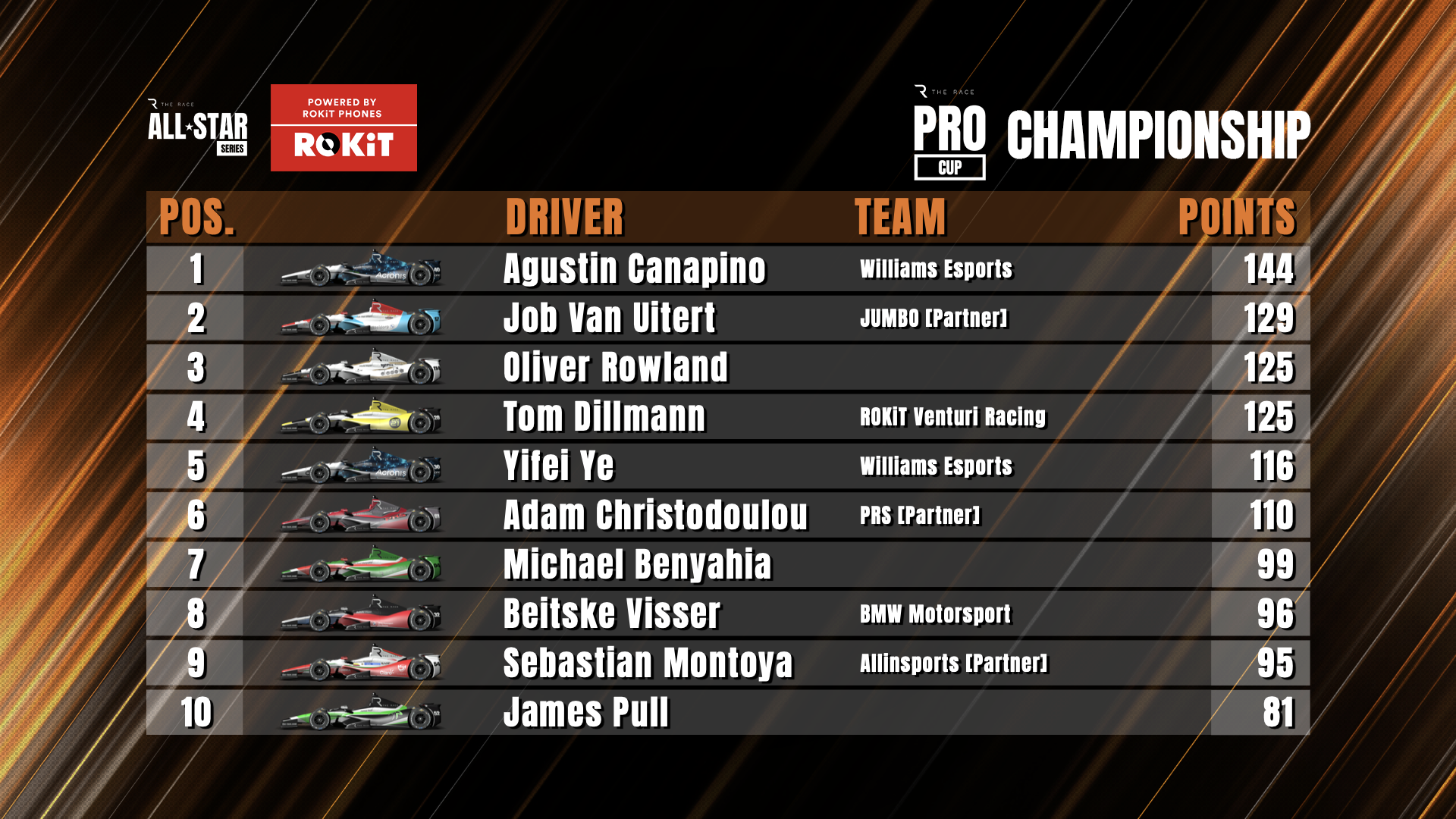 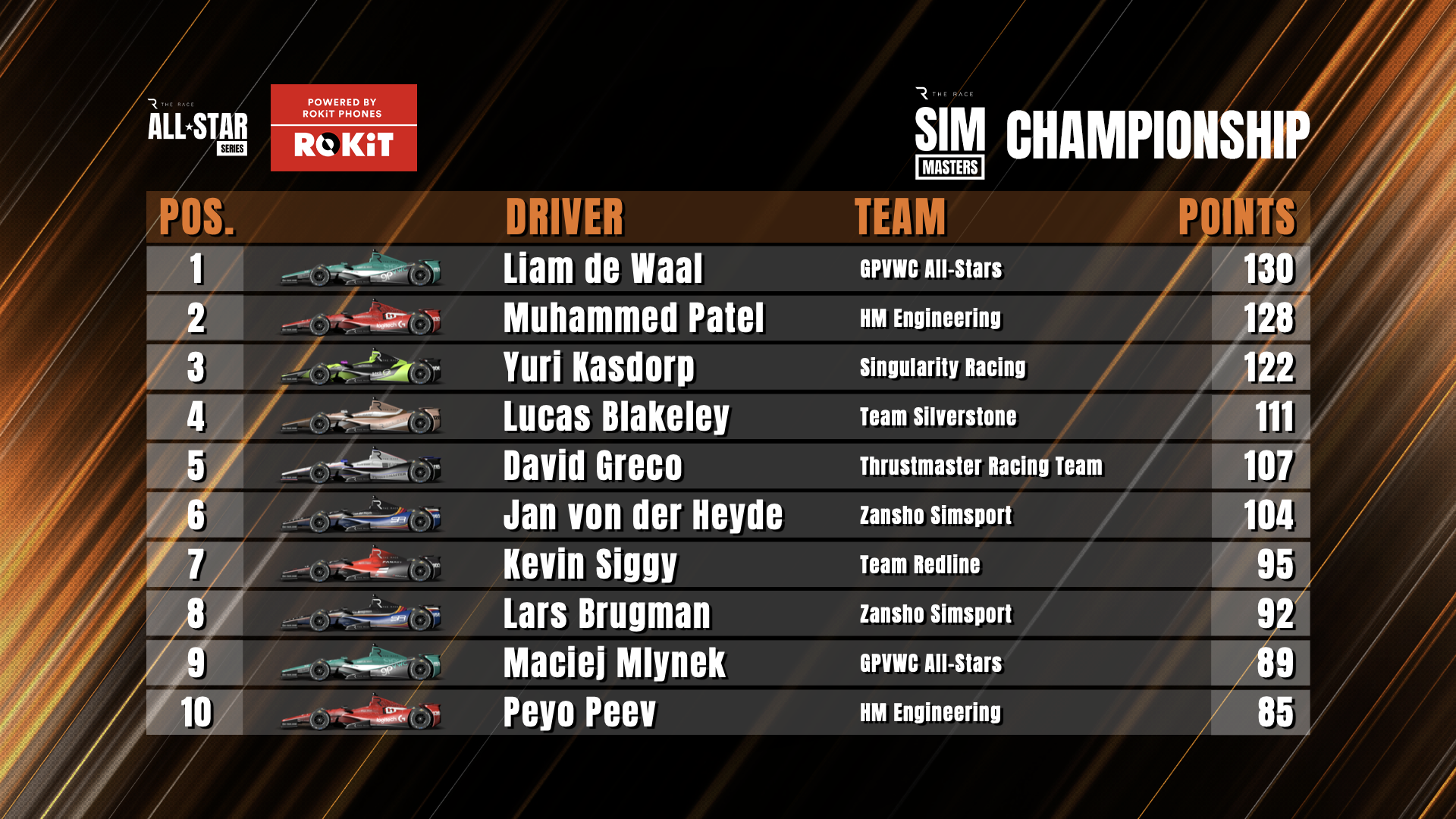