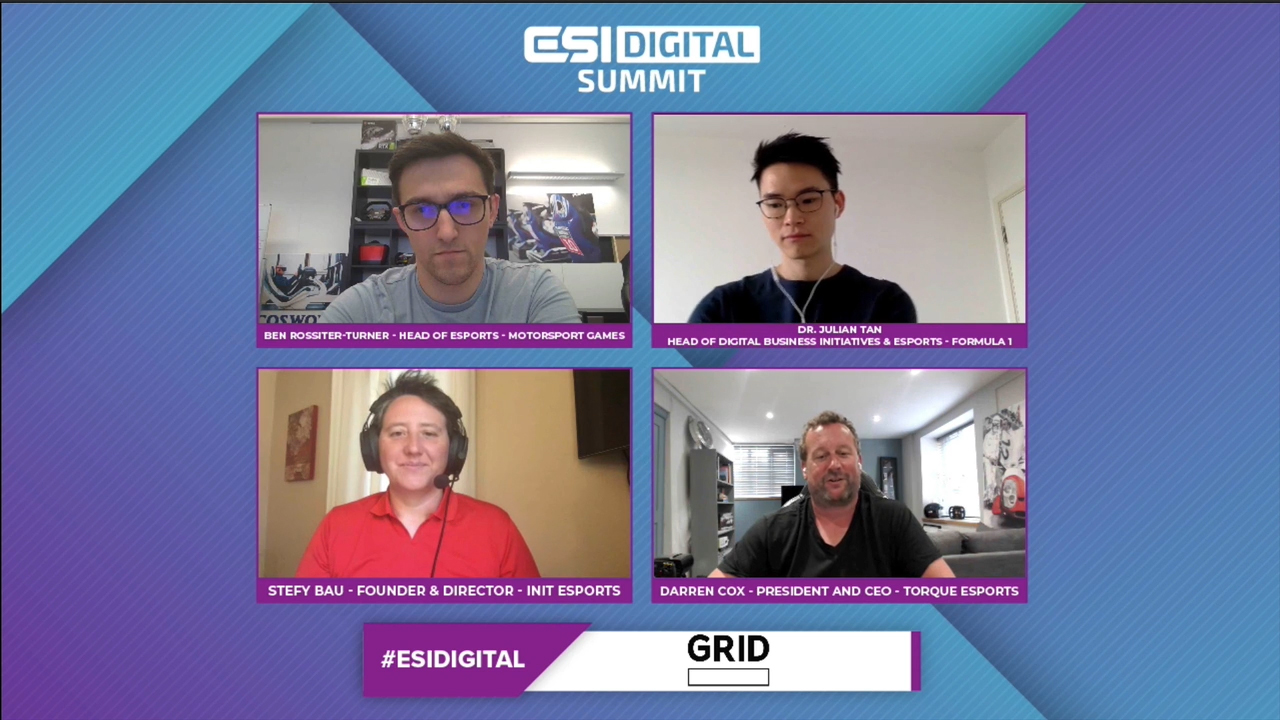 In a time of massive growth for the esports industry, Torque Esports CEO Darren Cox appeared as a virtual guest for the Esports Insider ESI Digital Summit this week to speak about the intersection of sports and esports and the future of virtual racing.

Held as an online conference this week, Cox was joined on the panel by Dr. Julian Tan, Formula 1’s Head of Digital Business Initiatives and Esports; Stefy Bau from Init Esports (who run esports events for the American Motorcyclist Association) and Ben Rossiter-Turner from Motorsport Games.

Cox himself was a pioneer of virtual to real world competition, spearheading the GT Academy program 2008 to find the best driver on PlayStation’s Gran Turismo and put them in a real world racing car.

Now, Torque Esports’ World’s Fastest Gamer competition seeks to do the same whilst drawing from a wide breadth of gaming platforms – from iRacing and rFactor 2 to Gear.Club’s mobile platform – circumventing the fractured nature of the racing esports environment.

“I saw the fragmentation previously, it’s normally based around the number of games we’ve got. There isn’t one title that everyone’s got, everyone has their own title for various reasons – whether it be a licensed product or whatever it might be,” Cox said during the summit.

“That was the idea on that – to try to bring the communities together in some way. Back their guy, make it tribal, but make it tribal in a positive way.”

Working around the fractured nature of the esports space is not only something Cox tried to address with the creation of World’s Fastest Gamer, it’s something he has actively tried to combat during the current worldwide pandemic that has caused esports to grow so rapidly.

“I reached out to a number of people in the space once this coronavirus impact was obvious that it was going to be a boon for our area and said, ‘let’s all work together,’ and unfortunately like in the real world of motorsport, not many people want to work together on it. They want to grab their own piece of land and therefore we will remain diverse and we will remain smaller for it.

“Now, there have been some tactical things that have been done. People have moved their events around not to clash with each other, for example on the weekend you had Formula E, right before our event [The Race All-Star Series powered by Rokit Phones], and then straight away there was the event hosted on the F1 channel.

“All very different events with different objectives, so you could have actually watched however many hours that was, probably six hours of racing, if you really wanted to without any clashes.

“But, there’s a lot more that needs to be done, especially when we go back to real racing, where we could be clashing against real racing and the calendars there and not having drivers.

“Unfortunately, people are going to have to work together if we’re going to grow beyond this particular boon that we’ve got at the moment and that is very difficult naturally for people in motorsport because we’re already competitive people.

Despite the fragmentation of the industry, the esports sector as a whole has experienced unprecedented growth during the global coronavirus pandemic and, in turn, esports racing has found its foothold in the space. 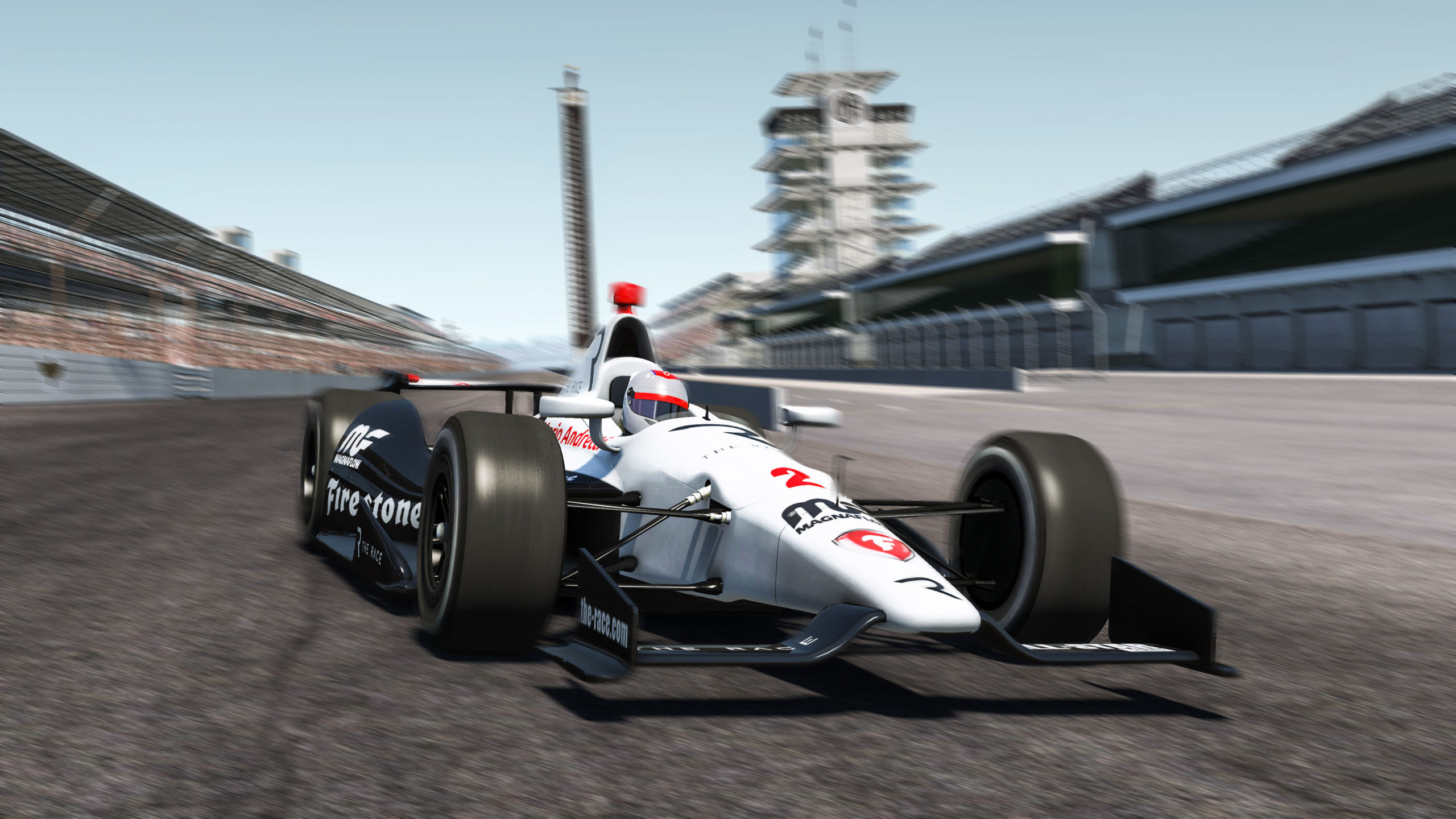 Torque’s The Race All-Star Series powered by ROKiT Phones has been an incredible success after launching in March on the eve of what was supposed to be the opening round of the Formula 1 championship.

Household names have also been drawn to the series including Mario Andretti, Emerson Fittipaldi, Fernando Alonso, Jenson Button and more.

The goal going forward for the All-Star Series and other virtual championships is to translate fans of racing games that have begun to watch motorsports esports streams to continue to follow their favorite drivers to real-world fandom.

Twitch has lifted the veil on personalities in the series, growing followings for the likes of F1’s Lando Norris and Charles Leclerc and IndyCar’s Conor Daly. Meanwhile, free-to-air streams have given a whole different audience access to racing like never before.

In a time of huge growth for esports, Torque CEO @IamDarrenCox appeared as a virtual guest for the @esportsinsider ESI Digital Summit this week to discuss the future of virtual racing – @TheWFGamer, @wearetherace series & more.

“Most major racing series are behind the paywall, whereas most of these championships have been free-to-air on Twitch or on YouTube or wherever it is and therefore, we are absolutely, by definition, reaching a new bunch of fans,” Cox said.

“Our job now, because we’re all involved in live sport and not just in the esport part of it, is to take those fans on the journey to real racing.

“I think the biggest surprise to the real drivers has been the sudden explosion of their Twitch channels. You see some of the numbers, we’ve got a business within Torque called Stream Hatchet which monitors streaming and we reported in the first quarter a 1000% increase year-on-year in esports racing content being viewed, everything.

“And the majority of that, if you take a lot of the big championships that these drivers are in, the drivers have got bigger streams than the series.

“They have learned, really by accident, from non-racing esports to see how to cultivate their audience. It’s not just going around in circles, it’s the characters behind it. That’s one big win, that we see the characters. I didn’t know who Charles Leclerc was really before this, but now he’s a superstar on Twitch and dresses up as a banana and answers the door for his girlfriend after locking her out because he’s been gaming for so long.

“We’ve seen that as well. I think the growth has been spectacular and it is, as per always, around characters. We’ve gotta get those characters across more and more and help them as they go forward.”