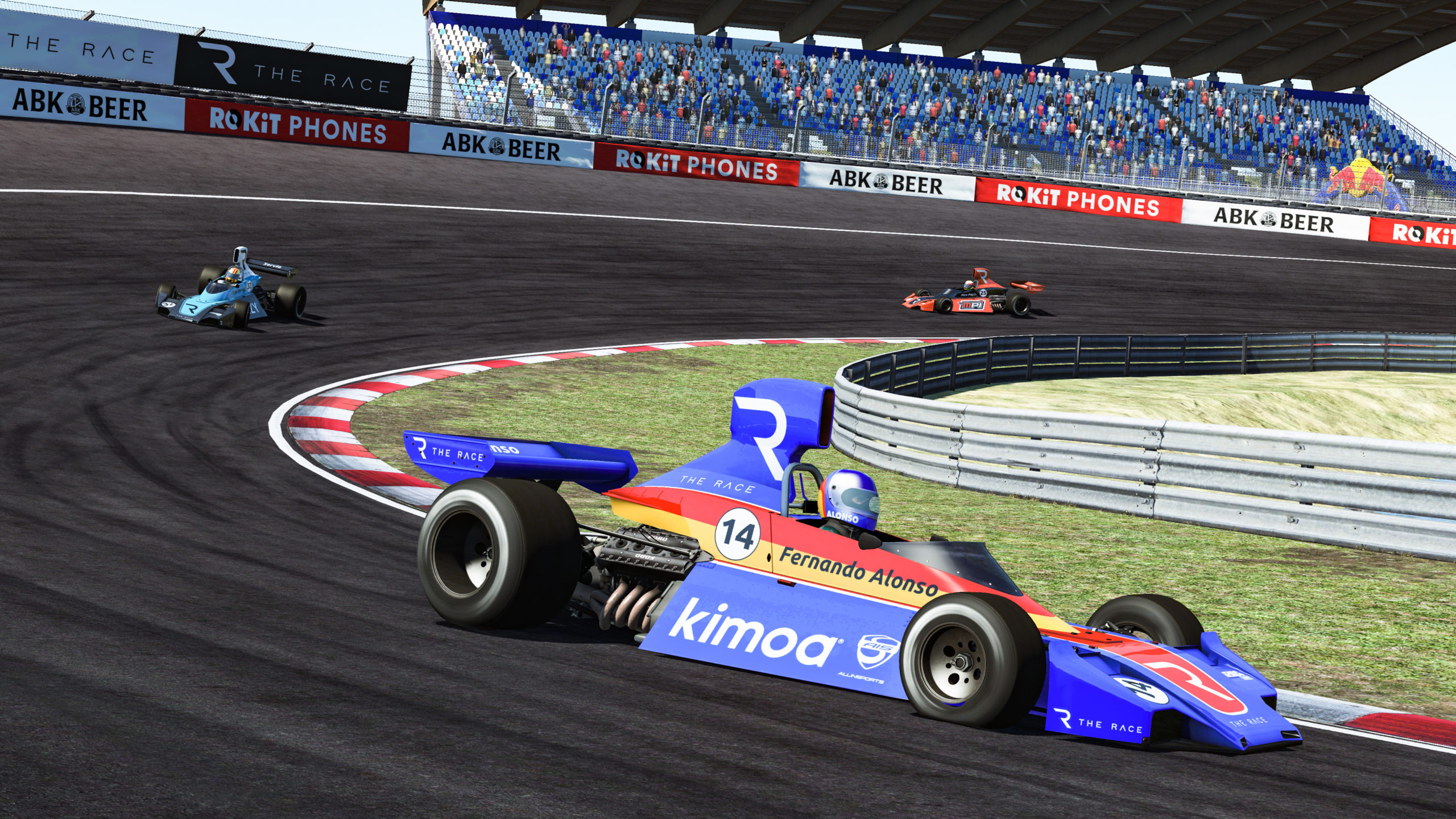 The Spaniard joined a 25-car field of fellow Formula 1 stars plus champion racers from the world of IndyCar, the 24 Hours of Le Mans and more. He immediately made an impression with impressive pace in qualifying to be fourth on the grid for the opening race.

While on-track incidents ruined his chance of a strong result in both races on the rFactor 2 virtual version of Circuit Zandvoort today, Alonso has confirmed he will return next weekend when the Legends Trophy tackles the Indianapolis Motor Speedway on Memorial Day weekend.

Jan Magnussen, the Danish four-time Le Mans winner for Corvette, was the star of the show in today’s opening race. After qualifying on pole, the father of current Formula 1 driver Kevin Magnussen enjoyed a perfect race to take a 5.541 second win over new Legends Trophy points leader Jenson Button and Montoya.

“I had a good qualifying. I wasn’t sure if I could put it on pole, but I knew I could put it in the top three probably, said Magnussen. “I had a good start, and there was a little bit of stuff going on behind me that gave me a gap so I could just do my own thing – I’m very pleased with that.” Previous co-points leader Emanuele Pirro had a troubled opening race and started from pole in the reverse grid battle. The Italian five-time Le Mans winner led home three-time World Touring Car Champion Andy Priaulx and three-time Aston Martin Le Mans class winner Darren Turner. “I tried to push hard in the first one. I tried to keep out of trouble and it didn’t work! So, I think I deserve that one. The pace was not fantastic, but I am happy for a win,” Pirro said. “I’m really looking forward to Indy next week. it will be a huge debut for me on the oval – I’m already scared!” Button’s fifth-place finish was enough to push him into the championship lead on 244 points ahead of Pirro (238), Magnussen (211) and Montoya (202).

Mercedes-AMG Petronas Esports also had a strong day at Zandvoort – finishing the day with the championship lead in both the Pro Cup and the Sim Masters competition.

While he could only manage 20th from the rear of the grid in race two, the Mexican expanded his points lead to 16 over Aston Martin Racing’s Nicki Thiim. The reverse grid was won by Aidan Millward over BMW Motorsport’s former DTM champions Bruno Spengler and Formula 2 racer Juan Manuel Correa.

Correa is still recovering from his dramatic crash at Spa-Francorchamps last year which left him with life-threatening injuries. To compete in sim racing, he is using his left leg for both the throttle and brake while his rehab on his right ankle and leg continues.

Mercedes now has a two-point lead over Aston Martin with two race weekends remaining in the championship.

Strong performances from Mercedes-AMG Petronas Esports racer Bono Huis has put him in the championship lead by three points over Siggy with Kuba Brzezinski a further six points behind.

Two more rounds of season two of The Race All-Star Series powered by ROKiT Phones remain with the Legends Trophy racers set to compete on the famed Indianapolis oval for the first time.

Track venue details for the Sim Masters and Pro Cup events will be announced later next week.