TORONTO, ON, (Thursday, May 14, 2020) – Engine Media Holdings, Inc. (“Engine Media”), a newly formed company that brings together the power and popularity of esports, news, gaming, interactivity and engagement for consumers, has launched its app UMG TV on the Apple iOS and Apple TV platform, which showcases the latest esports content from UMG Gaming – offering access to news, gaming competitions and interactive, play along opportunities with esports content through their iPhone, iPad or Apple TV.

In addition, the company announced that it will expand on its popular Overwatch & Rocket League Collegiate Clash competitions. UMG will form a college Esports and Gaming Conference that will include more teams from different colleges and universities, additional games and more esports and gaming competitions between schools.

Engine Media, which owns Torque Esports also announced yesterday that its ground-breaking All-Stars esports racing championship, The Race All-Star Series powered by ROKiT Phones, will hold a virtual race on the Indianapolis Motor Speedway on Memorial Day weekend, Saturday May 23rd, with drivers from the Indy Series, Formula One and other circuits. While the real venue will remain idle and the Indianapolis 500 will not be raced over the Memorial Day weekend, the competition from the virtual rFactor 2 version will be fierce with six Indianapolis 500 champions and a number of major stars competing on the Indianapolis oval for the first time.

The race will be seen live on Disney-owned (NYSE: DIS) ESPN2 in the US; in the UK on Discovery-owned (Nasdaq: DISCA) Eurosport; across Europe on Eurosport’s social media and digital platforms and online on The-Race.com/YouTube. Highlights will also be distributed to 71 international networks with a global reach of more than 610 million homes.

Engine Media was formed through the combination of Torque Esports Corp., Frankly Inc., and WinView, Inc. The companies closed their transaction earlier this week and began trading under the ticker symbol(TSX-V: GAME) (OTCQB: MLLLD) on Wednesday, May 13, 2020.

The announcements today are the first in a series of business developments that demonstrate the integration opportunities from this unique combination of assets, ranging from esports content, streaming technology, sports gaming, data and analytics as well as intellectual property.

UMG TV on Apple features esports and gaming programming, news and competitions in English and Spanish and is available free for download in the App store at: https://apps.apple.com/us/app/umg-tv/id1509072337 The app is also available on Android, Fire TV and Roku. 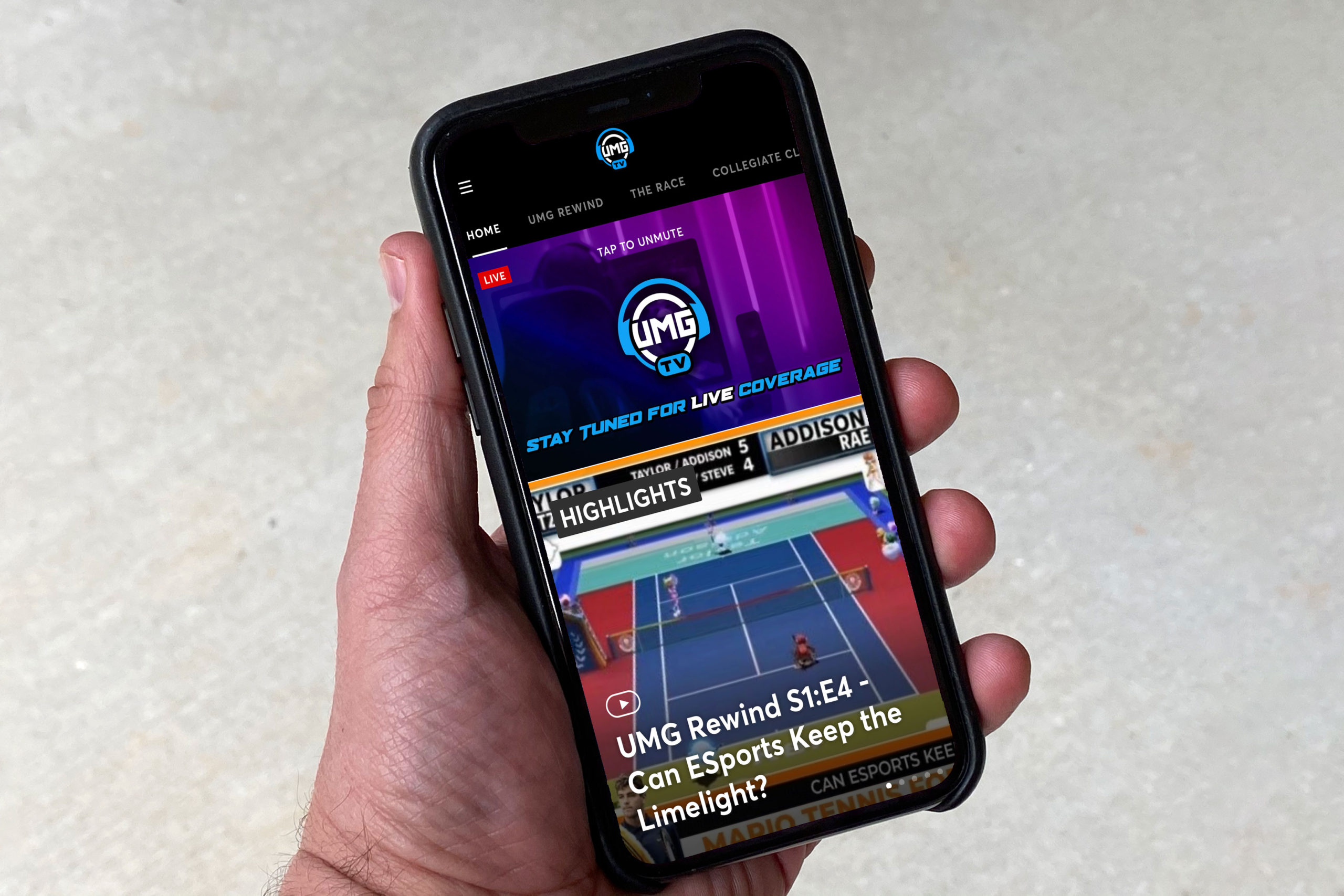 Programming available on the app will include:

“Bringing together these businesses – each of which is a leader in gaming, streaming and interactivity – has many significant growth opportunities. The launch of UMG TV on Apple is a powerful example of the way we can take esports and gaming content, as well as news and information about the genre, while using the streaming distribution technology that Frankly Media brought to the table to make esports more accessible and interesting for consumers. Our collegiate clash series that began in March has been incredibly popular and we are now advancing those efforts to create a conference for college teams to participate on an ongoing basis in esports and gaming. We are just scratching the surface of potential.”

“After we launched our first exclusive Legends Trophy event, we’ve been astounded by the number of racing superstars who were keen to compete. With so many Indianapolis 500 legends in the field, it made perfect sense for us to compete on Memorial Day. Everyone is disappointed that this amazing venue is quiet during the month of May this year, but the chance for fans to watch Fittipaldi, Montoya, Castroneves, de Ferran, Franchitti, Kanaan and more compete on ESPN2, Eurosport, YouTube and more is just too good to be true.”

“UMG TV on Apple really leverages our streaming technology and experience in building great content experiences for consumers. This will make gaming and esports content even more entertaining, will help drive audience growth and tap into the growing popularity of esports and gaming. This is something that our audience has wanted and we are excited to deliver it for them.”

“Our collegiate challenges have grown in popularity and we’ve literally had more than 800 colleges and universities seek opportunities to have teams enter our competitions. Our platform which allows these competitions to be played remotely without teams being physically present is unique and compelling. This was true before and even more true in the Covid-19 pandemic. As a result, we are adding teams and have additional games that will become available when published in the coming weeks. The excitement for this among college students is really remarkable.”