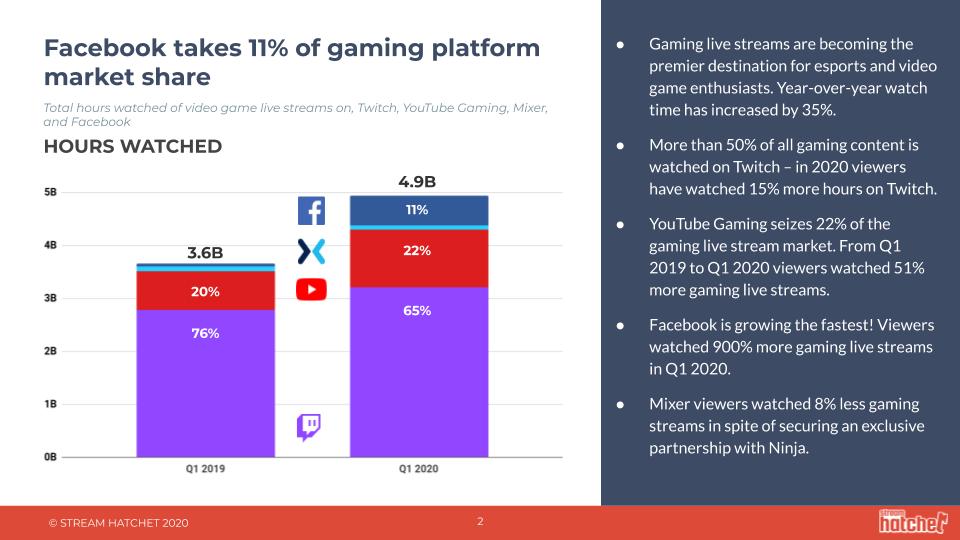 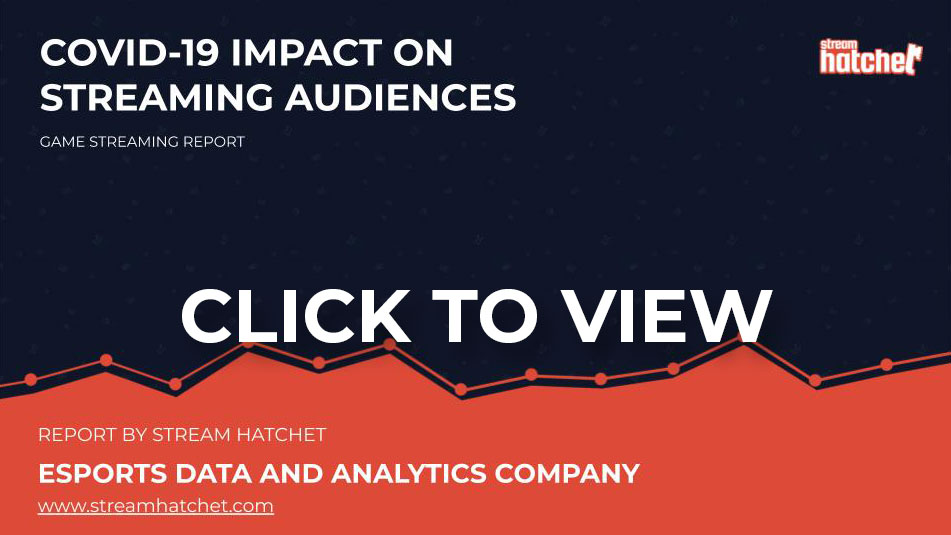 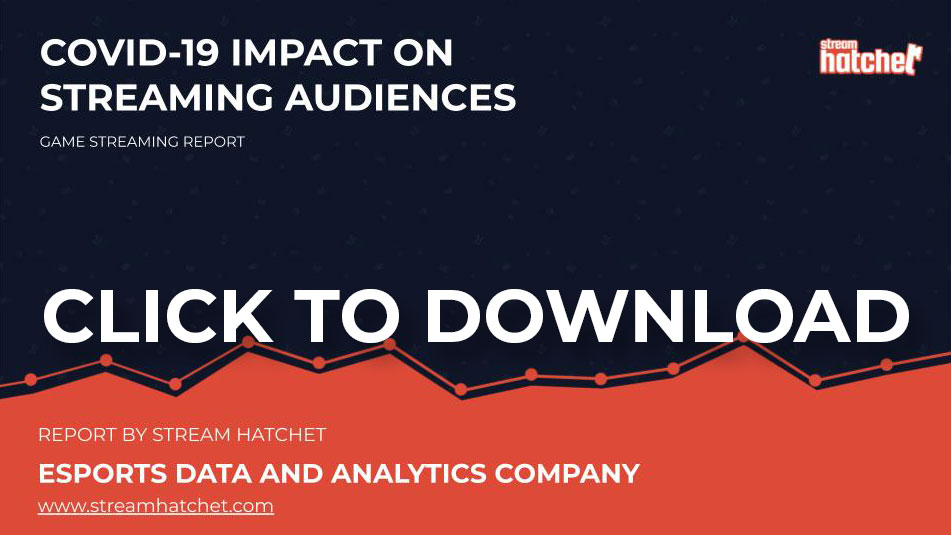 The Stream Hatchet Q1 report shows gaming has continued its rapid growth as one of the world’s biggest entertainment platforms, with 4.9 billion hours of live-streamed content watched during Q1 2020. This is a 35 percent increase compared to 2019.

On average, weekly viewers of gaming live streams have increased by 70 percent year-over-year. Most notably, that growth has accelerated across the last four weeks, an increase of more than 100%.

Twitch remains the market leader with more than 50 percent of all gaming content watched on the platform; in 2020, viewers have watched 15 percent more hours on Twitch compared to the same period in 2019.

However, Facebook is the big mover in the market with 900 percent more viewers of gaming live streams on this platform in Q1 2020 compared to last year.

In the second week of streaming, Valorant generated 131 million weekly hours watched. That’s one million more hours watched than all of the other top five games combined in their second week.

“The gaming industry and the popularity of live streams continue to grow, but the COVID-19 situation has caused a massive spike in streaming popularity as people stuck at home look for new entertainment options,” said Torque Esports President and CEO, Darren Cox.

“The key industry indicators which the Stream Hatchet team will be monitoring going forward is whether these numbers are sustainable or whether they will be a blip on the radar. Many new fans are being introduced to gaming as a live streaming entertainment option for the first time, and many game publishers, leagues and teams are looking to use this as a base to further build their business.”

Esports racing content has also attracted massive audience growth in 2020 – a nearly 1000 percent increase in the first four months. More than 6.8 million hours of live stream content has been watched by fans from across the world, including Torque’s The Race All-Star Esports Series, Formula 1’s console-based series, and iRacing competitions with NASCAR and IndyCar in the US.

“The numbers are highlighting the fact that in-game streaming is certainly a highly viable entertainment option. Motorsport fans are tuning in in droves to see virtual race action and in-game performances from music artists are attracting more and more fans,” Stream Hatchet Co-founder and CEO, Eduard Montserrat said.

“Do we expect some of these numbers to level off in the long run? Yes, but the interesting thing is that virtual sports content will be something that leagues will continue to investigate, and performers and their labels will continue to look at gaming opportunities as a key part of their promotional strategy and brand building.

“We know this by the level of inquiry we’re receiving from brands, companies, publishers, and leagues. Stream Hatchet can provide data that is far more precise compared to something like televisions ratings, which only comes from a relatively small sample size.

“Our Gaming Data is global. Our tech helps business leaders uncover how to reach the largest audience, and maximize their investment in gaming.” 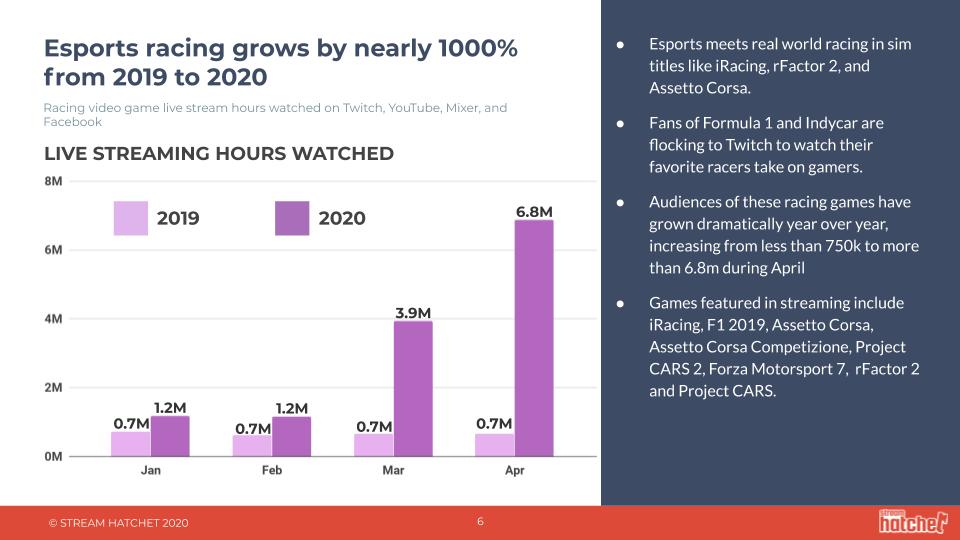