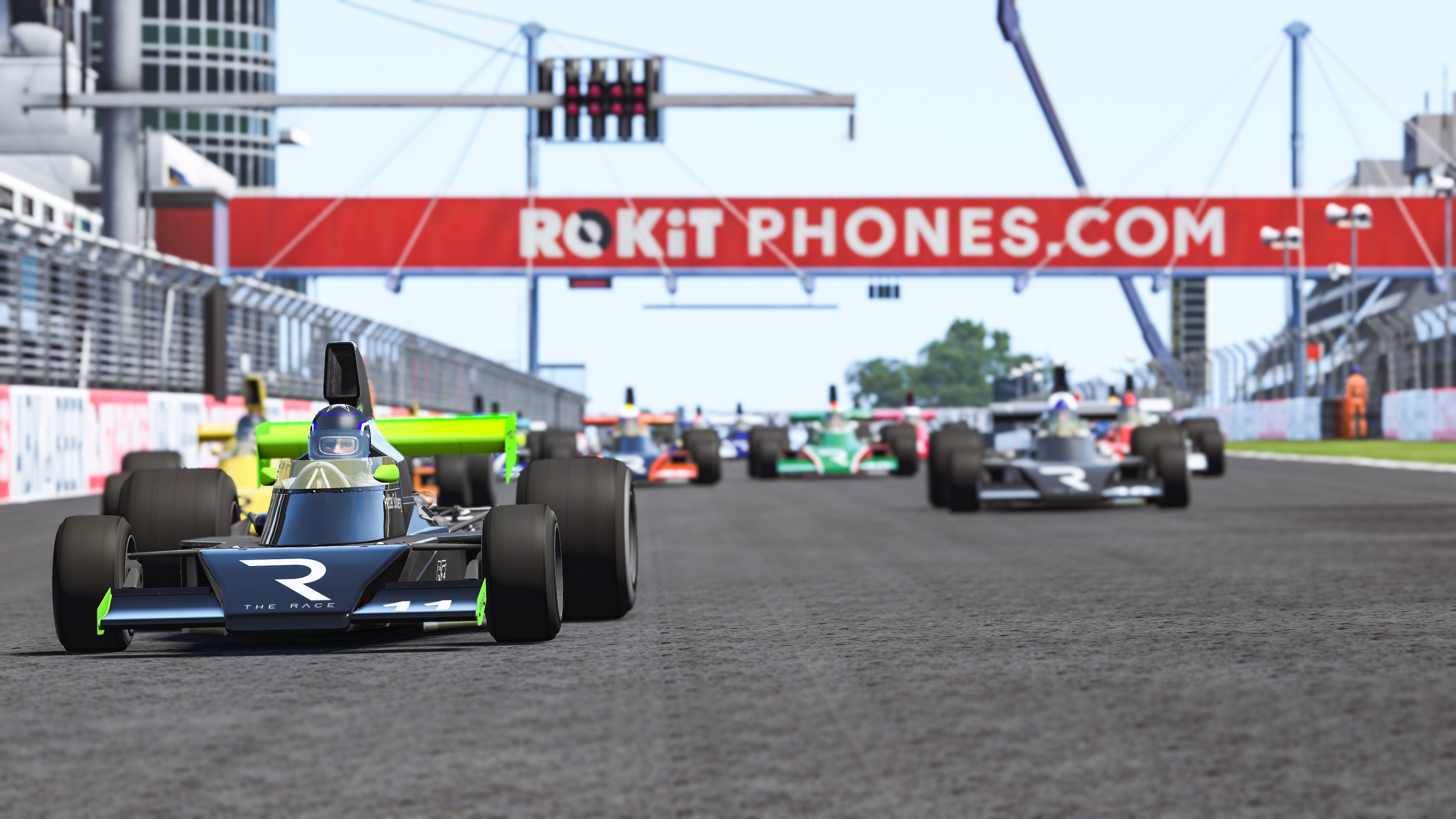 Pro drivers and sim racers from around the world competed on the rFactor 2 version of the Nurburgring in the final round of the inaugural three-race series created by Torque Esports.

The two Legends Trophy events were both taken by ex-World Champions with the 2009 Formula 1 title winner Button winning from pole position in the opening race and the 2003 World Rally champion Solberg taking the reverse grid race.

Button earned his second US$10,000 charity donation for success in the Legend Trophy – this time gifting it to Project Angel, a California-based charity that prepares and delivers healthy meals to feed people impacted by serious illness.

Solberg made his Legends Trophy debut last weekend but was caught up in a start-line crash in the second race. This time he held the lead until the final lap, but was pushed off the track after contact with three-time Indy 500 winner Dario Franchitti.

On that dramatic run to the chequered flag, Franchitti then clashed with Juan Pablo Montoya, who crossed the line first but lost the win due to track limit infractions – handing the win back to Solberg.

🏁@jpmontoya vs @dariofranchitti vs @Petter_Solberg ! We dont know where to look! 👀The Race All-Star Series – Fully Charged by @ROKiTPhonesUK

“I had a very good start this time around and it was great fun,” Solberg said. “I started to get nervous in the last couple of laps. I made a few more mistakes. This circuit racing thing is still very new for me.”

In the All-Star Cup events, championship titles were on the line with the top simulator driver earning a day’s testing aboard a Formula 1 team’s full-sized simulator, and the leading professional racer receiving US$30,000 for the charity of their choice.

Jajovski, a former World’s Fastest Gamer finalist, made it a clean sweep to earn the simulator crown. The Macedonian took victory in the All-Star Cup races for three weekends in succession.

Upon the relaxation of COVID-19 travel restrictions, Jajovski will visit the UK to spend a day testing for a leading Formula 1 race team in their full-sized simulator.

“It was much tougher than previous weeks because Kevin (Siggy) and Nikodem (Wisniewski) were on my tail the whole race,” said Jajovski. “I’m a bit speechless – it’s quite unbelievable right now.”

Fresh from his success in the Formula E virtual race earlier today, the German was the man to catch as the top pro racer in today’s final – earning US$30,000 for his favorite charity.

A WIN FOR @ErhanJajovski ! With @maxg_official winning pro class in 6th! The Race All-Star Series – Fully Charged by @ROKiTPhonesUK

“The guys in front of me were fighting a lot, and I could profit from that,” Guenther said. “Afterwards, I just drove as quickly as I could and as consistent as I could. I’m thrilled to end up third in the overall standings, and most importantly, to win the prize for the charity.

“I want to give the money for the charity foundation of Verena Heinrich in Germany. It’s a foundation for children that grew up under difficult conditions and suffered violence.”

Originally launched to fill the motorsport void caused by the COVID-19 pandemic in March, The Race All-Star Series – Fully Charged by ROKiT Phones has become a massive success with millions of fans watching online and on TV.

Today’s seventh consecutive event is the final weekend of an initial three-race championship series. Details on the next phase of the virtual motorsport competition will be announced next week, but the series will continue with a five-weekend contest scheduled to be held.

A WIN FOR @ErhanJajovski ! With @maxg_official winning pro class in 6th! The Race All-Star Series – Fully Charged by @ROKiTPhonesUK

Featuring major stars from Formula 1, IndyCar, Formula E, sportscars, and more – the All-Star Series has been a TV success with Torque Esports signing deals with ESPN in the US and Eurosport in Europe for live coverage.

In addition, the event highlights package is also distributed to 71 networks reaching more than 600 million homes around the world.

“Our first seven events have been incredibly successful, and our three-race championship series raised the bar even further,” Torque Esports President and CEO Darren Cox said.

“We have more very exciting news coming early next week, which will take esports racing to a whole new level. We’re taking feedback from our competitors, our fans, and our television partners on how to make their events even better, and we’re very excited about what the future holds.” 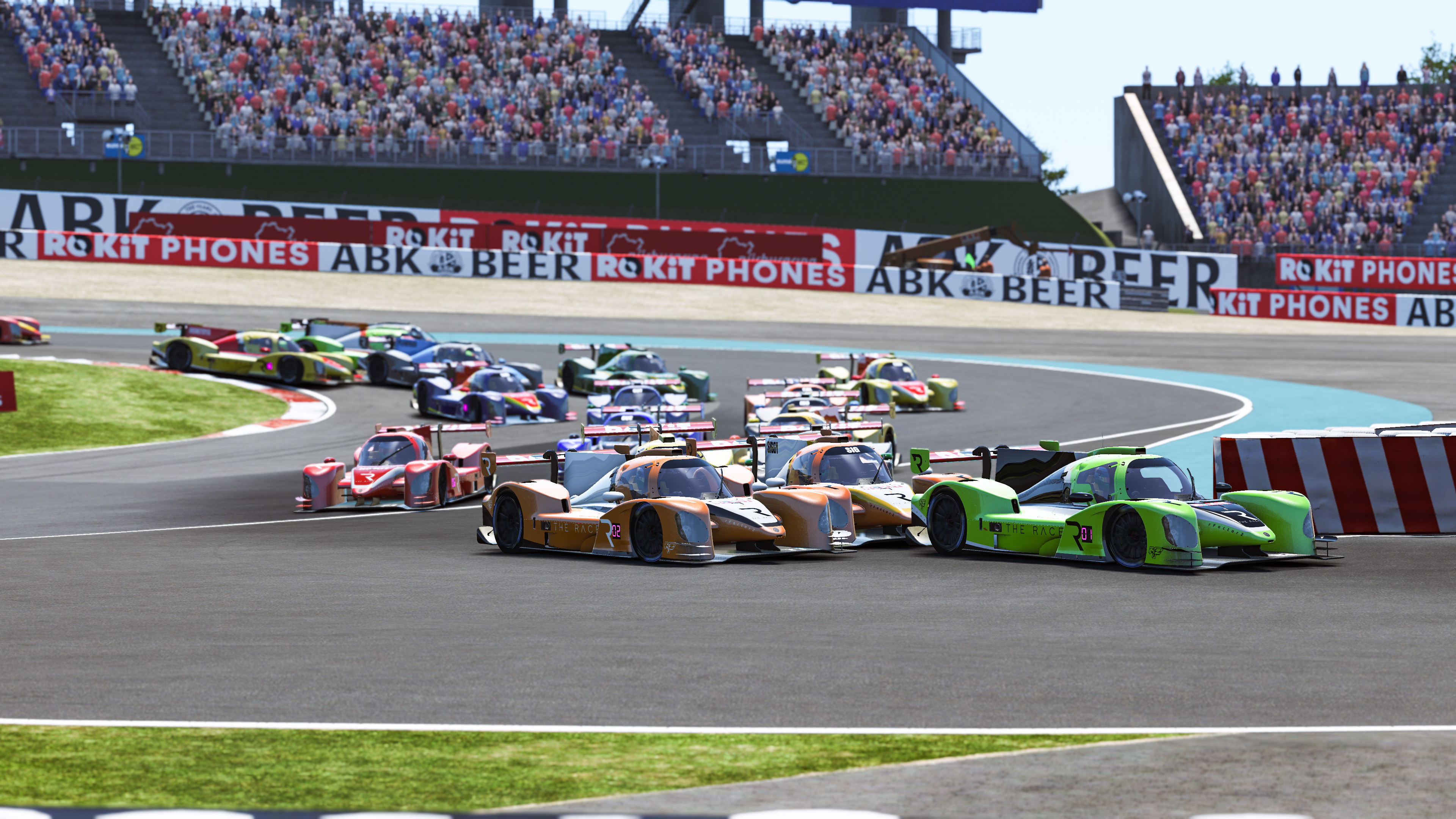