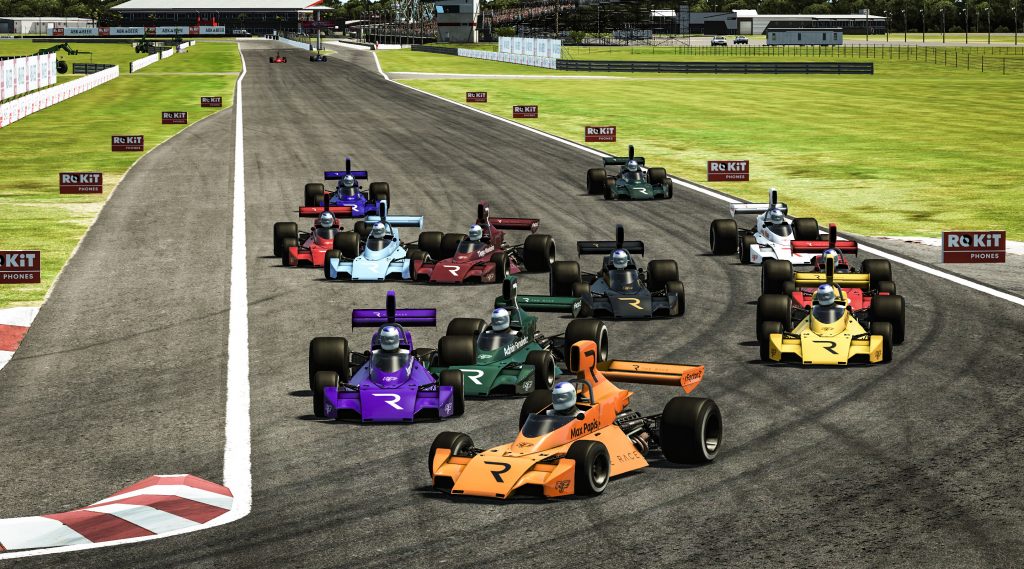 The Torque Esports-organised series held its fourth round of virtual competition today with more than 80 drivers from around the world competing on an rFactor 2 virtual version of New Orleans’ NOLA Motorsport Park.

In addition to today’s racing being live-streamed on YouTube and Twitch, the virtual race events will be shown on television for the first time next week – reaching more than 300 million homes. 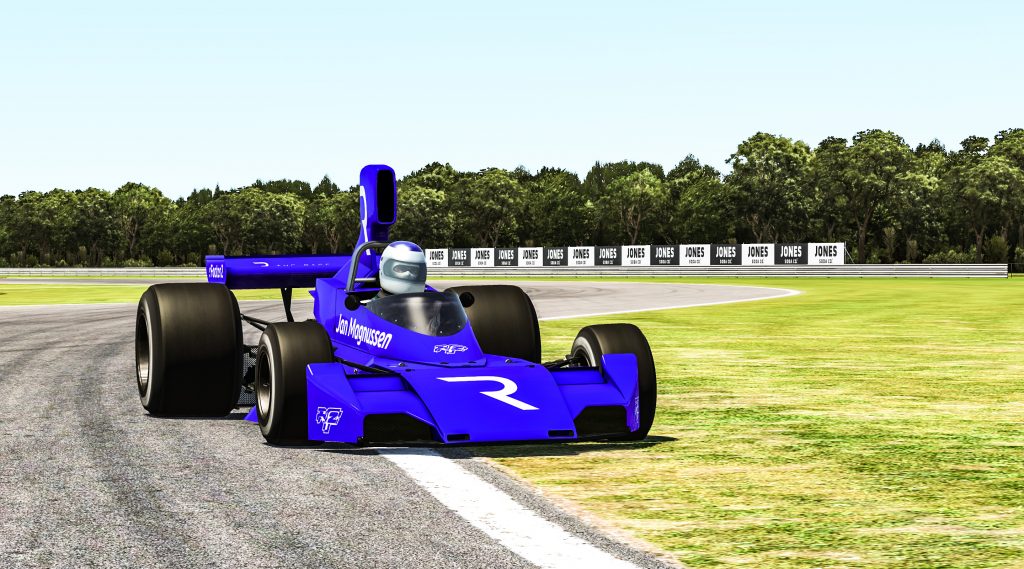 The initial Legends Trophy component of the competition was dominated by Danish ace Magnussen – an ex-Formula 1 racer himself and father of current Grand Prix driver, Kevin Magnussen.

After a frantic opening lap, Barrichello was able to push his Brabham BT44 into the lead and was never headed during the final.

“I need to thank the guys for crashing out on the opening lap! They left the track empty for me, so it was super,” Barrichello said.

“I didn’t have a lot of time to practice for the first race, so my lap in qualifying wasn’t very good, but I was having fun! And then on the last lap, I had a coming together with Helio (Castroneves).

“But the second race it was smooth. As soon as I saw I was pulling a gap, I just concentrated on just not making a mistake because in this car it’s so easy to make a mistake. But it was really fun, I hope we can do more.” 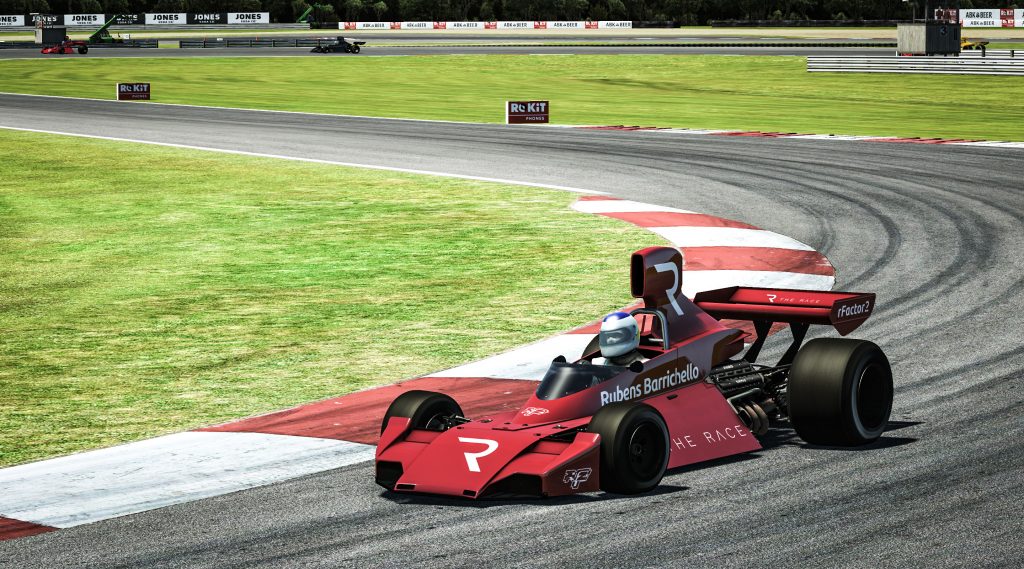 Magnussen, also a four-time 24 Hours of Le Mans winner with Corvette Racing, excelled during the qualifying session and went from pole to victory lane in the first event.

“I’ve done a lot of practice since the last race at Silverstone last week. Last time it was so much more difficult,” said Magnussen.

“I did a lot of laps, and I’m quite happy. There was a little bit of mayhem in the first two or three corners, and I didn’t get off the line very well.

“I wasn’t expecting to drive away so easily. I don’t know what was going on behind, but I got a good gap on the first lap and managed to hold on to that.” 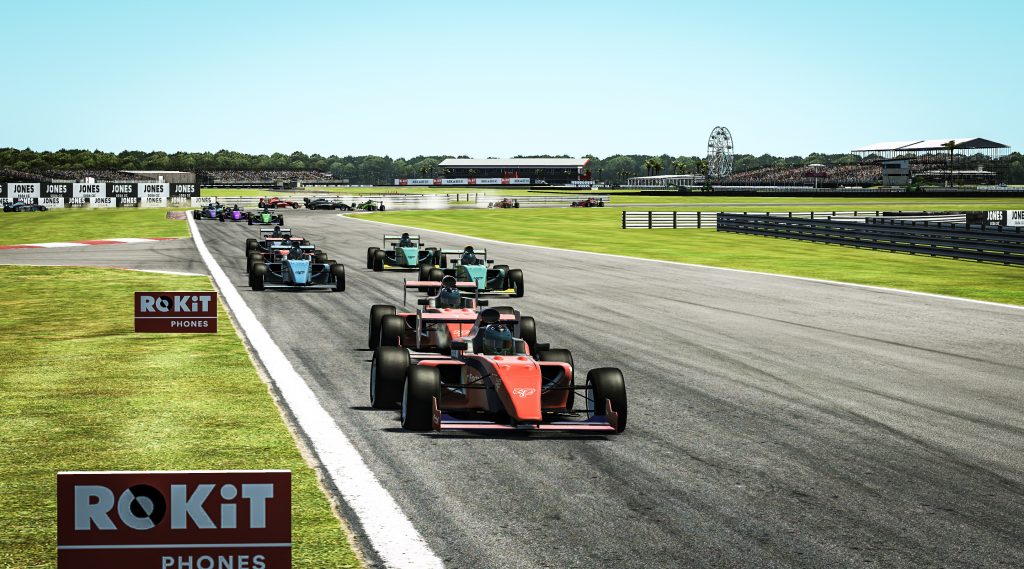 More than 40 professional racers, plus 20 top-level esports drivers did battle for The Race All-Star Cup – Fully Charged by ROKiT Phones with Slovenian racer Kevin Siggy coming out on top.

“I was kind of surprised by Bono’s pace, and I was expecting him to catch me in the final,” Siggy said.

“I was lucky I got a good start, and from there, I just needed to manage my pace. I was a bit annoyed I wasn’t a little faster in qualifying, but I was still happy to get pole.

“It was important to get a good start and then get away from them by six or seven-tenths and then just manage my pace.”

Launched by Torque Esports to fill the entertainment gap created by the forced cancellation of major motorsport events around the world, The Race All-Star Cup – Fully Charged by ROKiT Phones is set to continue on a weekly basis and a highly successful opening month of competition.

“We’re thrilled with the success of the series so far and looking forward to creating more great esports entertainment in the weeks ahead,” said Torque Esports President and CEO, Darren Cox.

“This was our best event yet in terms of on-track competition, our massive global international audience with our new TV partners, and the brilliant production value our team has brought to the championship.

“For a viewer at home, this series looks just as good, if not better than many major motorsport events from around the world. We’ve listened to the feedback from the fans, listened to our competitors and we are dedicated to continue to strive to create a better and better product each week.

“Esports is filling a vacuum caused by the COVID-19 situation, but we’re working hard to ensure this massive growth in esports popularity is not just a temporary thing. We’re filling an entertainment need at the moment, but we eventually want to look back at 2020 as not just ‘that time we had to do esports to create content’ but mark this year as to when esports really became a mainstream option as an entertainment industry.”