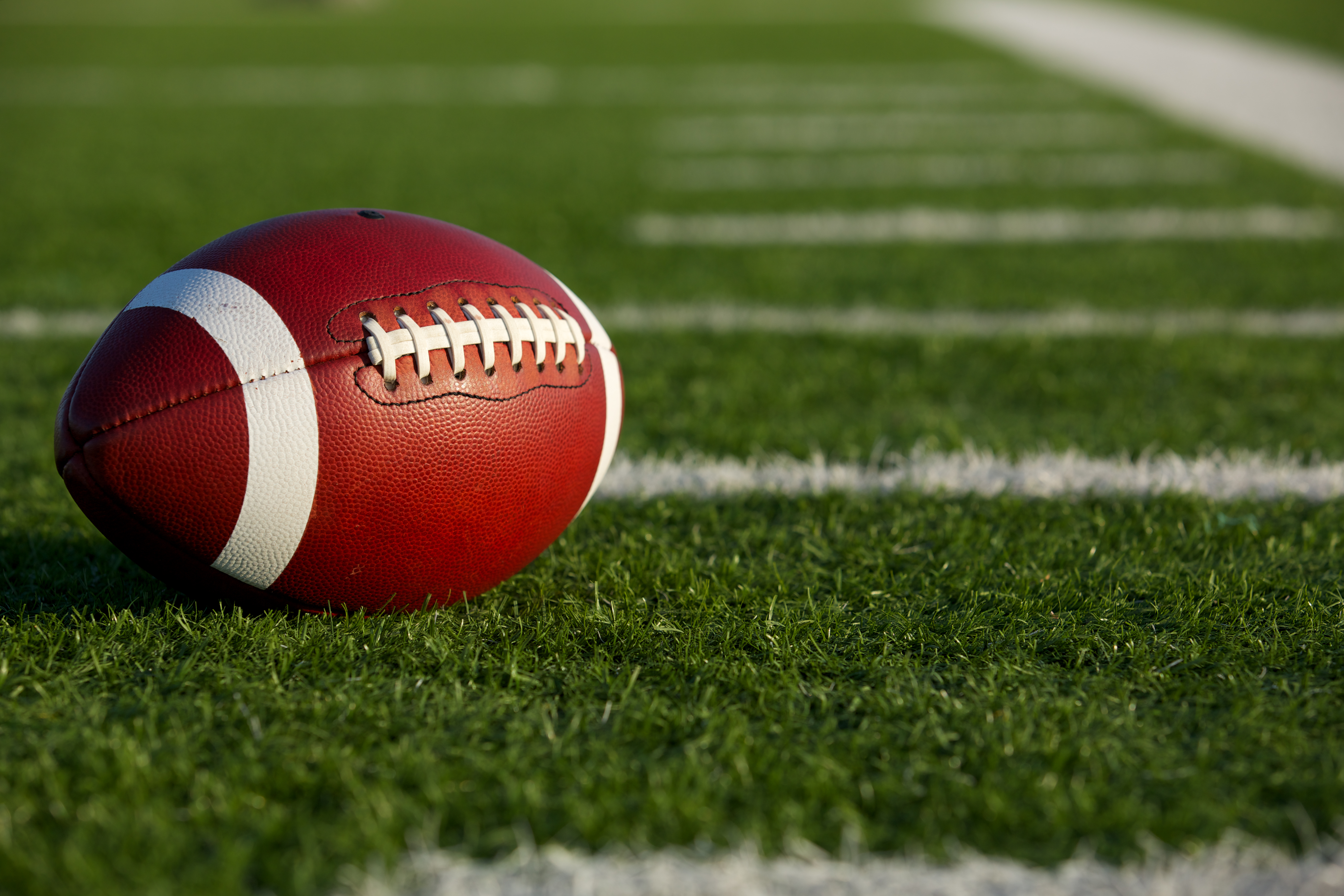 TORONTO, ON (Friday, December 20, 2019) – The National Football League’s efforts to expand its audience to younger fans through online streaming is “gaining yards” after its second season on Twitch was completed last week.

Last Thursday’s game between the Baltimore Ravens and the New York Jets achieved nearly 1.2 million video views – a dramatic increase from 321,147 who tuned into the opening Thursday Night Football game of the year on September 26 between the Green Bay Packers and the Philadelphia Eagles.

Torque Esports streaming data experts Stream Hatchet has revealed a 34 percent increase in total views in 2019 versus the debut season of Twitch streaming in 2018. The NFL commenced its partnership with Amazon for Thursday night football last year, with games shown on Prime Video as well as Twitch.

Unlike the exclusive rights deal enjoyed by ESPN for Monday Night Football, the Amazon Thursday night games are also shown on regular TV and cable networks, including NFL TV.

With the median age of NFL viewers growing from 44 to 50 years of age since 2000, the partnership with Amazon and Twitch is one of the league’s first steps to reach younger audiences.

“NFL football remains the biggest sport in America, and its TV numbers are up this year after a couple of disappointing seasons, but age trend certainly must be a note of concern for them,” Torque Esports president and CEO, Darren Cox said.

“While we are still some way away from the league abandoning traditional cable networks and going all-in on streaming, our numbers from Stream Hatchet indicate their experiment on Twitch is moving in the right direction.

“The viewer average age factor is coming from the fact you have an aging population, and cord-cutting is more prevalent – particularly for younger people.

“So if the league wants to reach new young fans, streaming platforms like Twitch is where they – and other sports leagues – need to be. It is a matter of going to where the eyeballs already are.” 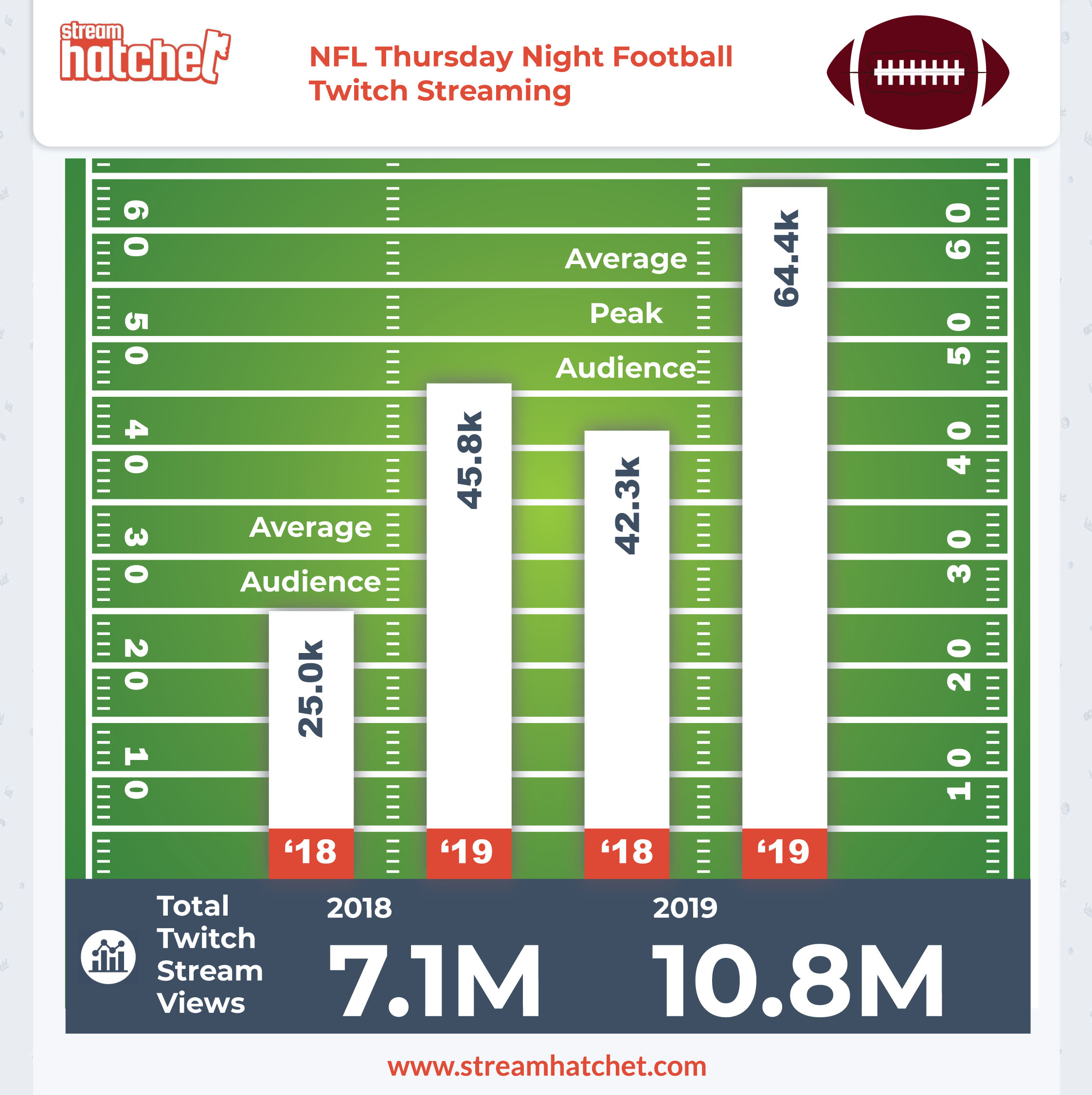 The NFL’s Twitch average audience (defined as the average number of tuned in throughout the entirety of the broadcast) increased by 45.23 percent from 2018 – 2019, according to Stream Hatchet. The total content consumed by viewers of the NFL increased by 39.27 percent. The Twitch platform attracted 10.8 million views in 2019 for Thursday Night Football – watching 2.2 million hours of content.

The most significant impact of the increase was co-streaming or reaction content – attributing 50 percent of total watched content this year.

“The biggest difference for a platform like Twitch is that unlike traditional TV, it is not just one-way communication,” Cox said.

“The NFL is streaming to the fans; then you have fans doing co-streaming or streaming their own content. Eventually, we’ll see NFL or other sports streamers who have their own massive audiences, which could rival the league as a whole. We’ll have the NFL streaming equivalent of gaming personalities like Ninja.

“The ability for fans to also engage and chat with each other during the stream is something you don’t get with traditional television.

“That totally moves the goalposts for professional sports, and I’m sure it will take some time before leagues are totally comfortable with that – particularly from a monetization factor.”

While the NFL streaming numbers are on the rise, they still have some “yards” to make up reach the numbers achieved by regular esports competitions on Twitch. Torque Esports company UMG Gaming stream competitions using games such as Fortnite, Call of Duty, and even the virtual equivalent of the NFL – Madden 20.

“UMG has achieved video views of more than 3.5 million for its Fortnite Friday events – Twitch remains a gaming platform primarily, but more sports are heading to these platforms,” Cox said.

“You have basketball with the NBA G League, and Formula 1 took its first steps on the platform with the Mexican Grand Prix being seen in select markets last year.

“Our team at Stream Hatchet monitor every aspect of all these streams – not just on Twitch but on other gaming video platforms as well, including Microsoft’s Mixer and YouTube Gaming.

“Traditional TV ratings are an estimate of the viewership. They use a small sample and really don’t know how many people are in the room watching – with our Stream Hatchet numbers you know when people logged in, where they logged in from, exactly how long they watched – the data that these sports leagues can obtain is significantly more precise.”