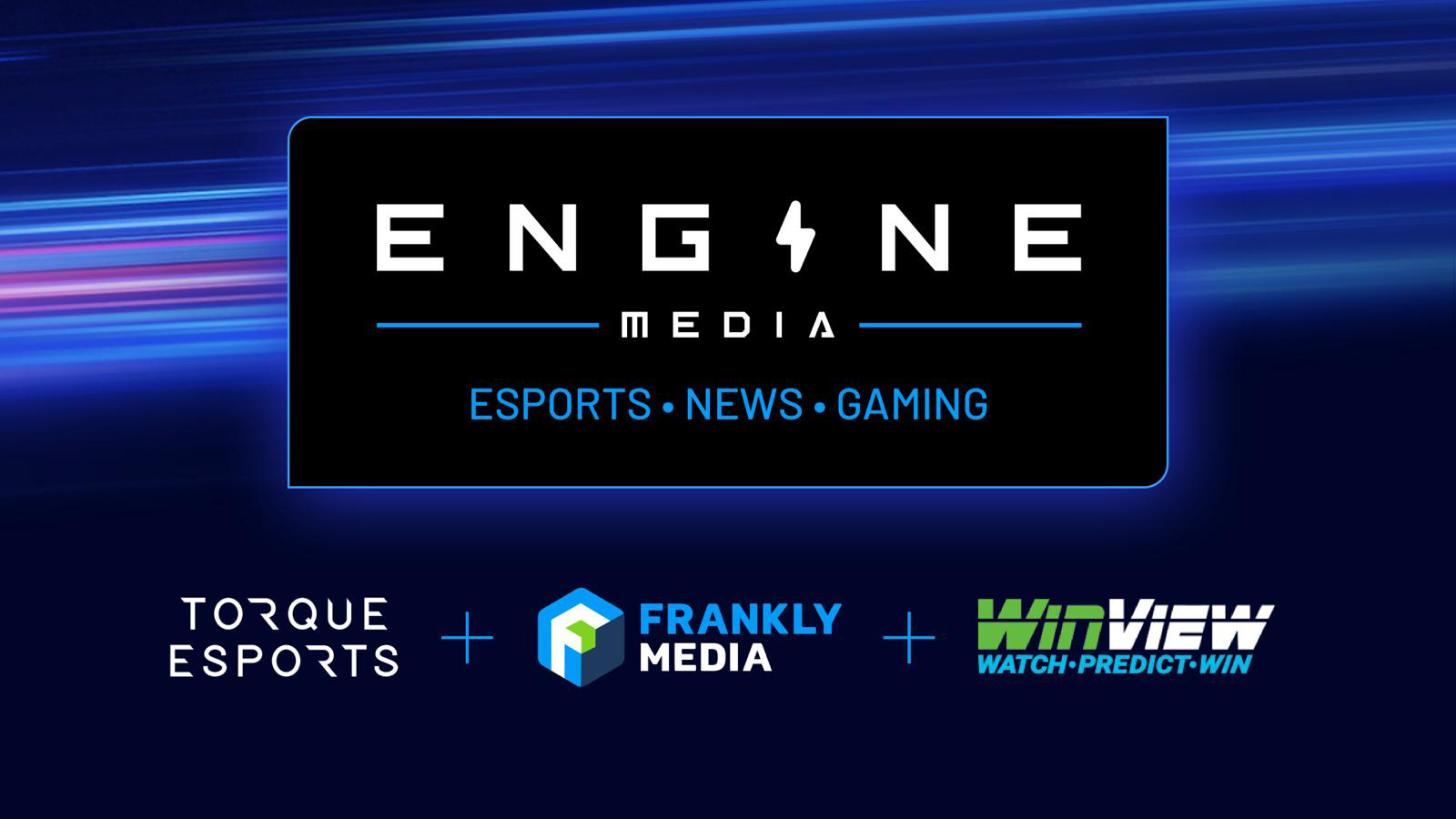 The combination of these three companies comes at a pivotal moment for live television and video entertainment. As entertainment programming moves on-demand, live television and video will increasingly focus on sports, news, and esports. These elements of live event media will require new sources of revenue and distribution as subscriber fees from the existing cable and satellite bundle begin to rapidly decline. ENGINE will be dedicated to accelerating these new, live, immersive experiences for consumers that will drive new revenue opportunities for media industry players and expand the options for live content.

The combination of assets of ENGINE will include:

The three companies forming ENGINE already manage or reach across news, esports, and sports gaming over 100 million monthly consumer touch points. By combining the three companies, ENGINE will be able to create an integrated platform company that will be able to help the media industry contend with the need to quickly develop revenue sources that will support all forms of live event programming.

“These times call for a ‘driving’ force creating new consumer experiences in live news, sports, and esports while providing new sources of revenue for the industry in these genres. As the entertainment streaming wars set the path for the future of entertainment programming, the media industry’s approach to developing revenue sources for news and sports, and monetizing live programming, has to change. ENGINE will be able to provide many solutions for all those issues. Beyond the many assets of the three companies coming together, the management expertise is also extensive. Darren Cox is a major force in the esports world, and Lou Schwartz is a globally recognized digital media and technology executive who has founded and led several market leading online video companies and chiefly responsible for Frankly’s recent turn around. Putting the three companies together all at once is certainly unusual in the media space, but it underscores what a remarkably innovative company ENGINE will be.”

“Having been involved for many years in the distribution of online video, it has become clear to me that there is a strong need for a company that can serve the commercial interests of news and sports media outlets in a world where consumers increasingly consume content through a mobile device or expect an interactive experience rather than passive viewing. ENGINE will not only have the resources to manage and distribute content, but also meet the interests of advertisers and brands related to that content while driving direct-to-consumer gaming and other offerings that generate cash through entry fees. Between the 100 million monthly touch points of consumers that the company currently has, not to mention the leading data and analytics company in esports, the ability to provide major revenue opportunities through the company’s combined data arsenal is astounding.”

“The esports industry is ‘racing’ forward with over 400 million current esports viewers around the globe. With a leadership position in esports racing, including a global television show; analytics and measurement of esports streaming; and an array of tournaments geared toward the most popular esports games, ENGINE will be positioned to ‘accelerate’ multiple revenue streams for the esports industry. By applying WinView’s patented technology to offer real time play along games of skill and betting to the audiences of esports competitions, there is an obvious major synergy to be realized in short order.”

The companies also announced that the WinView patent and intellectual property interests will be represented by Irell & Manella LLP, and Morgan Chu, one of the most prominent patent trial lawyers in the country.

The three companies have entered into a binding letter agreement (the “Letter Agreement”) dated November 22, 2019 that provides for Torque to acquire all of the issued and outstanding common shares of Frankly and all of the issued and outstanding securities of WinView pursuant to (A) a plan of arrangement under the Business Corporations Act (British Columbia) (the “Plan of Arrangement”) or, (B) solely with respect to WinView, a statutory merger under the General Corporation Law of the State of Delaware or another acquisition structure mutually agreed among Torque, Frankly and WinView in respect of Torque’s acquisition of the securities of WinView (an “Alternative Structure”) (collectively, the Plan of Arrangement and an Alternative Structure, if applicable, are referred to as the “Transaction”).

Also, pursuant to the Plan of Arrangement or Alternative Structure, if applicable, holders of securities of WinView will receive common shares of Torque having a total value of US$35,000,000, based on a share price of C$1.75 per common share of Torque, and/or contingent rights, in exchange for the securities of WinView held by them. The contingent rights will entitle holders to proceeds from the enforcement of WinView’s patent portfolio as further specified in the Letter Agreement.

The combined company is expected to have the following capital structure:

Pursuant to the Letter Agreement, the three companies have agreed to negotiate in good faith and enter into a definitive agreement (the “Definitive Agreement”) on or before 5:00 p.m. on December 20, 2019.

The Letter Agreement outlines certain conditions to closing for, and representations, warranties and covenants of, each of the parties to be contained in the Definitive Agreement. Conditions to closing include receiving Frankly shareholder approval, WinView security holder approval (as required), court approvals in connection with the Plan of Arrangement, TSX-V approvals and any other applicable regulatory approvals. The parties have also agreed to comply with customary conduct of business covenants contained in the Letter Agreement until the Definitive Agreement is entered into.

The parties intend to complete confirmatory due diligence prior to entering into the Definitive Agreement. Each party may terminate the Letter Agreement if its confirmatory due diligence on one of the other parties results in discovery of a “material fact” as such term is defined in the Securities Act (Ontario) that has not been previously disclosed and which would reasonably be expected to have a material adverse effect on the applicable party.

Assuming the Definitive Agreement is entered into and all conditions to closing the Transaction are satisfied (or waived if applicable), the parties expect the Transaction will close before the end of the first quarter of 2020.

Torque intends to complete a private placement (the “Private Placement”) of up to 3,333,333 units at an issue price of $1.50 per unit for gross proceeds of up to $5,000,000. Each unit will be comprised of one common share and one-half of one warrant, with each full warrant exercisable into a common share at an exercise price of $2.10 per share for a period of 36 months.

Building on the leading position of Stream Hatchet, a wholly-owned subsidiary, Torque also provides robust esports data and management information to brands, sponsors, and industry leaders. Its tournament organizing arm, UMG, has recently added a digital tournament platform to its portfolio of assets in its ever-growing ecosystem.

Frankly Media provides a complete suite of solutions that give publishers a unified workflow for the creation, management, publishing and monetization of digital content to any device, while maximizing audience value and revenue.

Frankly also provides comprehensive advertising products and services, including direct sales and programmatic ad support. With the release of its server-side ad insertion (SSAI) platform, the company has been positioned to help video producers take full advantage of the growing market in addressable advertising. The company is headquartered in New York with offices in Atlanta. Frankly Media is publicly traded under ticker TLK on Canada’s TSX Venture Exchange. For more information, visit www.franklymedia.com