Millennial Esports makes a splash at Esports BAR in Miami

F1 legend and Millennial Esports ambassador Rubens Barrichello may hold the record for real-world Formula 1 race starts, but now the Brazillian is leading the charge to the top of the podium in esports racing.

Barrichello joined Millennial Esports President and CEO Darren Cox at the Miami Esports BAR conference this week to speak about the future of esports racing and the importance of esports as a marketing tool.

Barrichello and Cox spoke on a panel on Thursday about the blurring of the lines between the real and virtual world in motorsports.

“A kid can play on his phone, get to a sim, and then get to real racing. It’s just unbelievable,” Barrichello said.

“The fact that we will have more drivers available and get going and maybe get into the likes of Formula 1 or IndyCar or NASCAR I think is just great.”

Barrichello made a total 322 real-world Formula 1 starts—the most of any driver, and joined Millennial Esports as an investor and ambassador recently with fellow F1-rival Juan Pablo Montoya.

“There’s industry executives, innovators, new startup companies, we’re talking to them all and we’re finding out a huge amount of information in this industry that is growing rapidly,” Cox said.

“But, the two things that are coming up all the time: data, and we’re talking about Stream Hatchet and what we can provide for them.

“And the second thing is the blurring of the lines between the real world and the virtual world, which is what we do in racing.

“But now are broadcasters that are taking esports and streamers that were esports focused are now taking real sports. That crossover has happened and it’s happening here in Miami.”

In addition to the panel with Cox and Barrichello, the Stream Hatchet team of CEO & Co-founder Eduard Montserrat and CRO Jake Phillips attended the conference to meet with executives and industry leaders about the analytics and data intelligence Stream Hatchet can provide.

“Having all of the brands here in Miami I think is of tremendous value to us. There are a lot of brands here that need to have a better understanding of the analytics available and that’s exactly why Stream Hatchet is here,” CRO Jake Phillips said.

“We’ve got a lot of CMOs that know they need to spend here, but they’re not sure what these new metrics mean. Educating and helping them be more comfortable spending is really our goal and why I think Esports BAR is doing such a good job.”

Stream Hatchet also sponsored a session at the conference related to investment in esports, a session CEO and Co-Founder Eduard Montserrat believes lines up perfectly with the company’s aims.

“We wanted to showcase data analytics in live streaming and esports and the services we can provide to help them make better decisions in the industry,” Montserrat said.

“We’re glad to sponsor a session about investment in esports. It’s a topic that is attracting a lot of attention as there is a lot of investors coming into the space and the space is growing. There’s a lot of opportunities in esports.”

The Esports BAR event also coincided with Millennial Esports’ announcement that they will be breaking ground on a dedicated esports racing facility in Miami, nearby the Esports BAR conference.

“It was perfect timing that we are here at the esports BAR event because Thursday we announced that we are building the world’s first-ever esports racing facility just up the road in Wynwood,” Cox said.

“We’re talking to the industry about our new plans and the focus on esports racing, both with our physical venues and our virtual racing plans.” 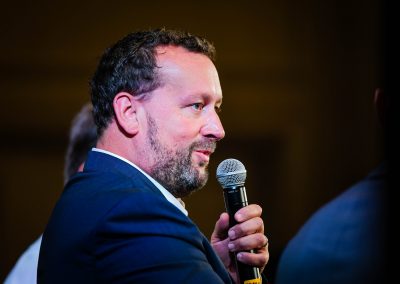 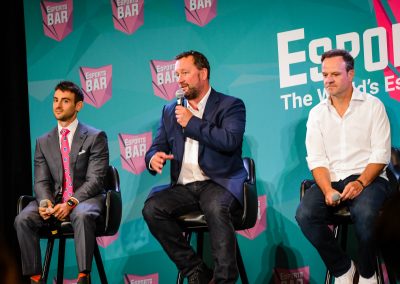 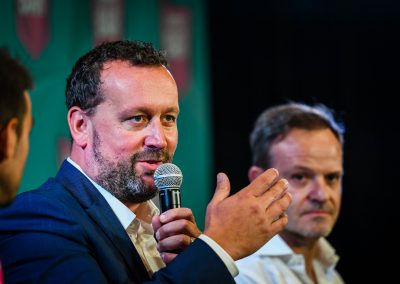 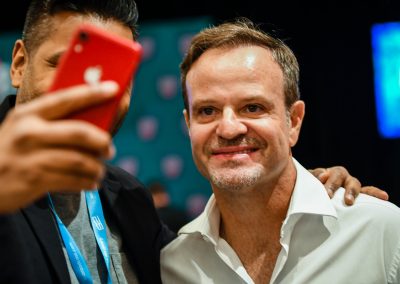 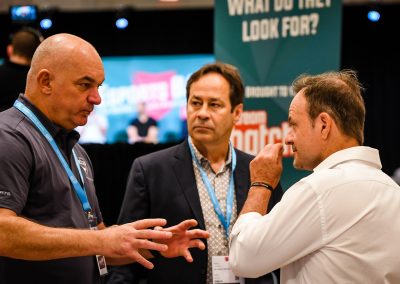 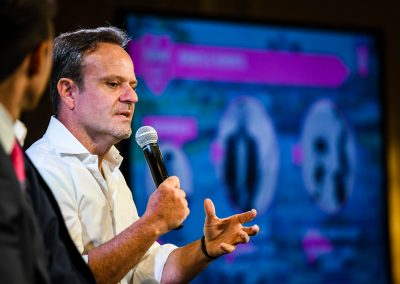 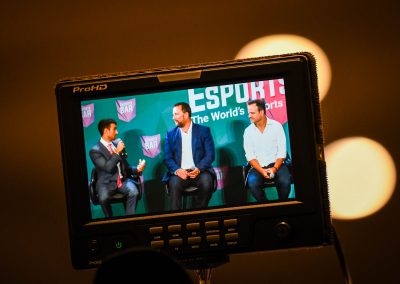 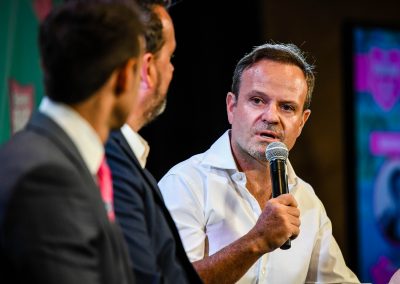 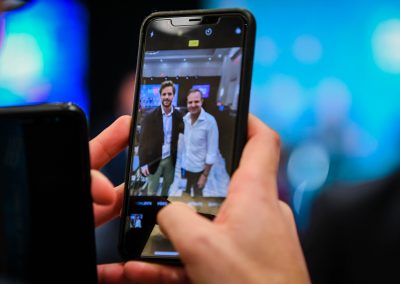 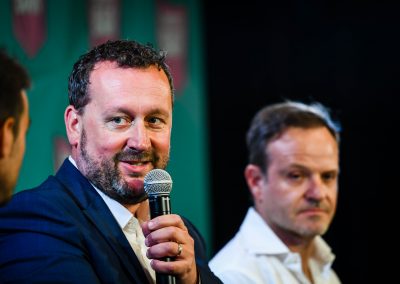 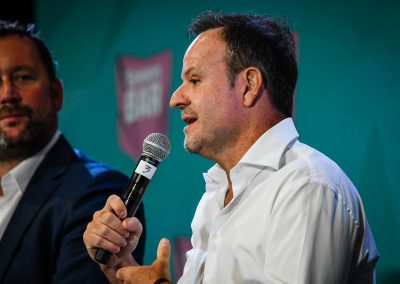 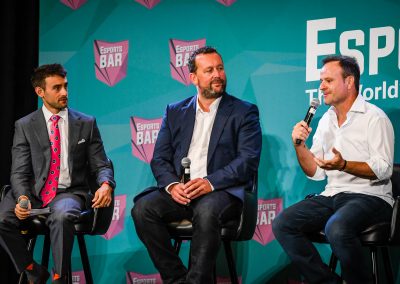 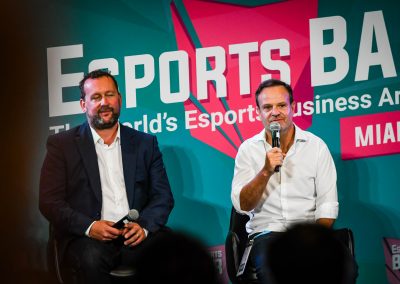 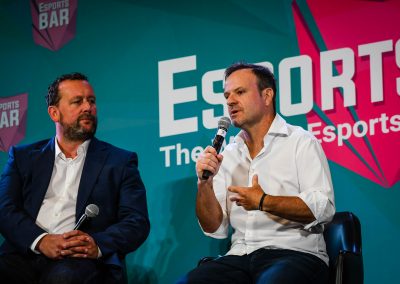 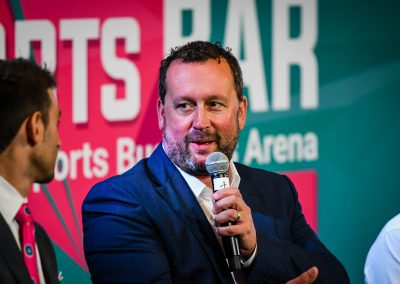 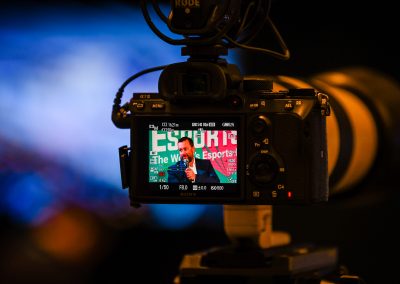 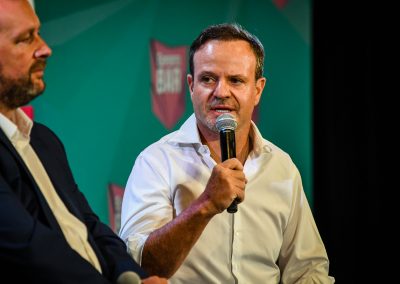 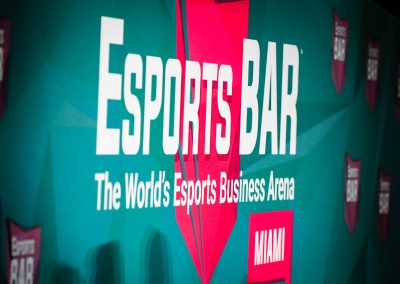 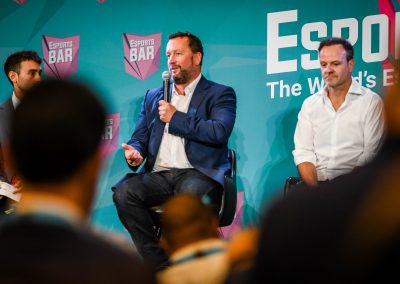 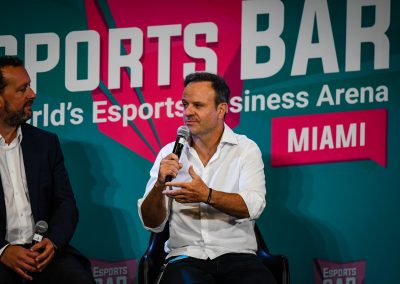 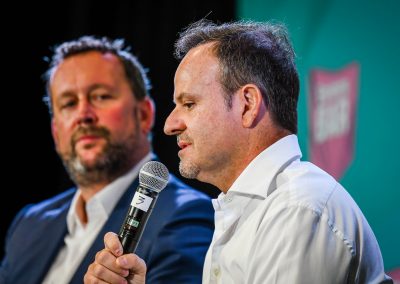 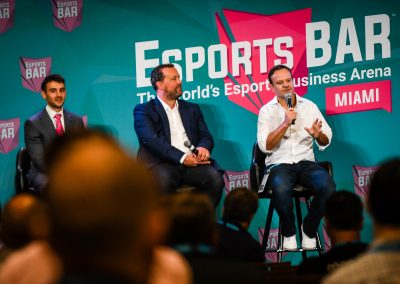 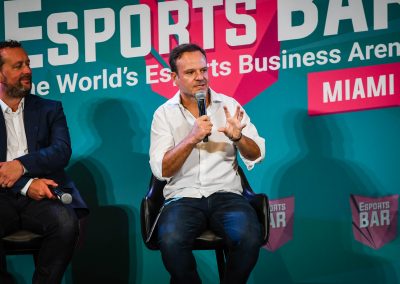 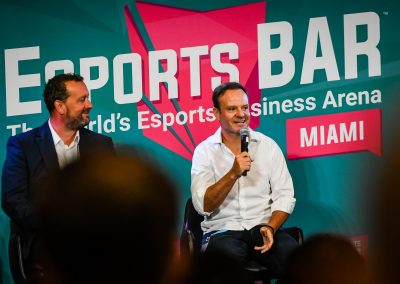 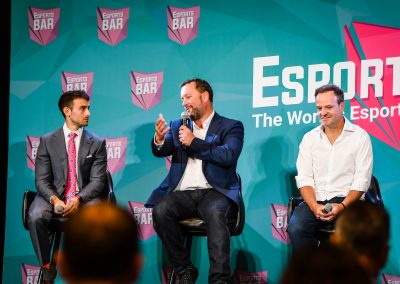 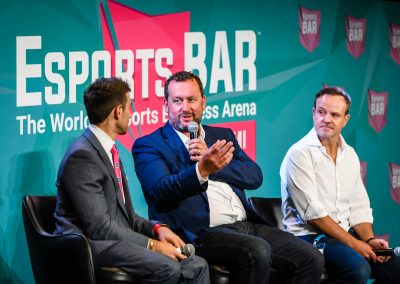 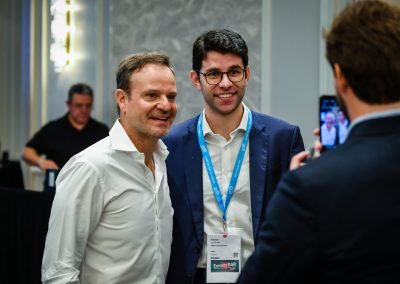 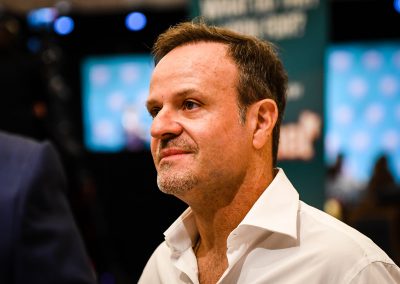 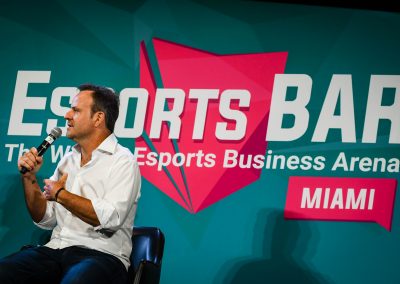